Activist-lawyer Fadiah Nadwa Fikri and artist Fahmi Reza had been the speakers at a forum in Kuala Lumpur on Sunday titled, “Should we rewrite our history textbooks?”, which was held as part of a series of talks examining alternative narratives on the Malayan Emergency.

The forum subsequently dominated the Umno mouthpiece’s front page for the next two days, with headlines such as “Komunis bukan pejuang” (Communists are not freedom fighters), in which Utusan attacked the forum and panellists.

Fadiah and Fahmi both refuted Utusan’s reports, with the former saying in a Facebook post on Monday that she will file a legal suit against the media outlet.

"I bought the racist Utusan for the first time today because I needed to document their malicious lies. I will sue the pants off them for defamation."

Meanwhile, Fahmi also shared a video clip of the forum, and invited netizens to comment if he is a “tali barut komunis” (communist stooge).

"A lot of netizens are now accusing me of being “communist” and a “communist stooge” based on what they read from the Internet about my involvement in a forum entitled 'Should we rewrite our history textbooks?' on 29 July 2018."

"I was invited by the organiser to speak on this topic because I am a history lover, a producer of a history documentary entitled ‘10 years before independence’, and also a person who has conducted a lot of research on the history of the struggle for independence from the perspective of alternative history."

Fahmi said the attached video clip showed that he had never denied Umno's contribution towards the struggle for independence in Malaya. However, he said, Umno was not the only party which was involved.

He pointed out that other left-wing nationalists such as Parti Kebangsaan Melayu Malaya (PKMM), Malayan Democratic Union (MDU), and Putera-AMCJA were also part of that history.

"But why was only Umno was given 10 pages (in high school history textbooks), while other movements were not mentioned? Why is it so biased? That's my question. "

During the Sunday forum, Fahmi had stressed that history textbooks should not become the instrument of the ruling party for their own political agendas,but should be used instead to present both official and alternative perspectives on Malaysian history.

Nevertheless, an Utusan report on Monday only focused on the forum speakers “recognising” ("iktiraf") the MCP.

It reported that the speakers had called for the government to put the struggle of MCP into history textbook, without mentioning other left-wing organisations that had been credited by the speakers as well.

Utusan also claimed that Fadiah had urged MCP history to be included in history textbooks. The publication also included some interviews with those who opposed the glorification of the MCP. 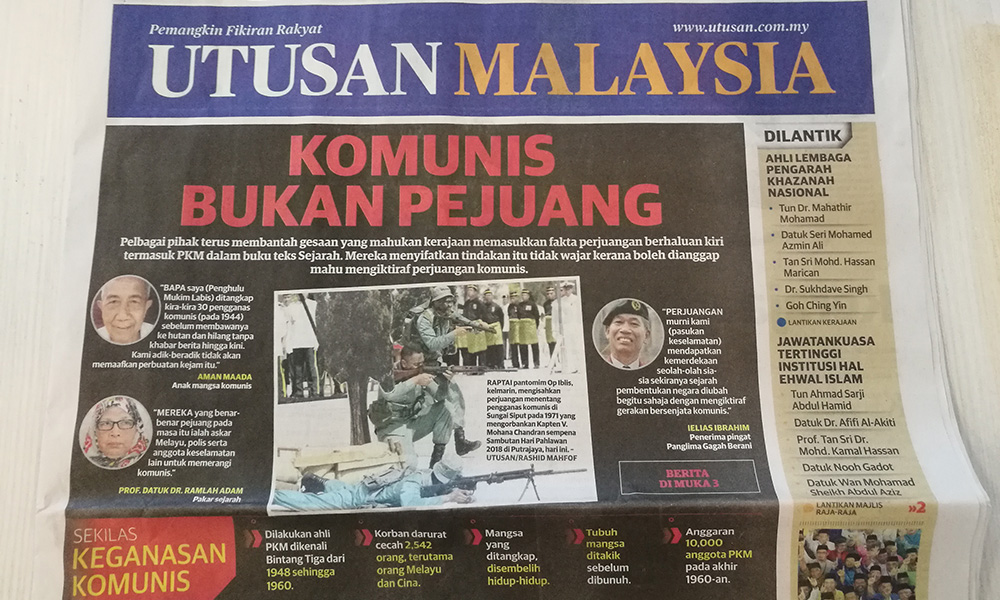 Among those interviewed by Utusan was Ramlah Adam, who was also the author of a Form Three history textbook which Fahmi mentioned during his presentation.

Utusan also asserted that the organiser and speakers refused to answer a participant's question on why MCP killed innocent people during the question-and-answer session.

Malaysiakini, which was also present at the forum, notes that one question asked by a participant was as such: "As we know, a lot of people were arrested by the communists and killed regardless of race, so how would the panelists justify the deaths of these innocent people?" 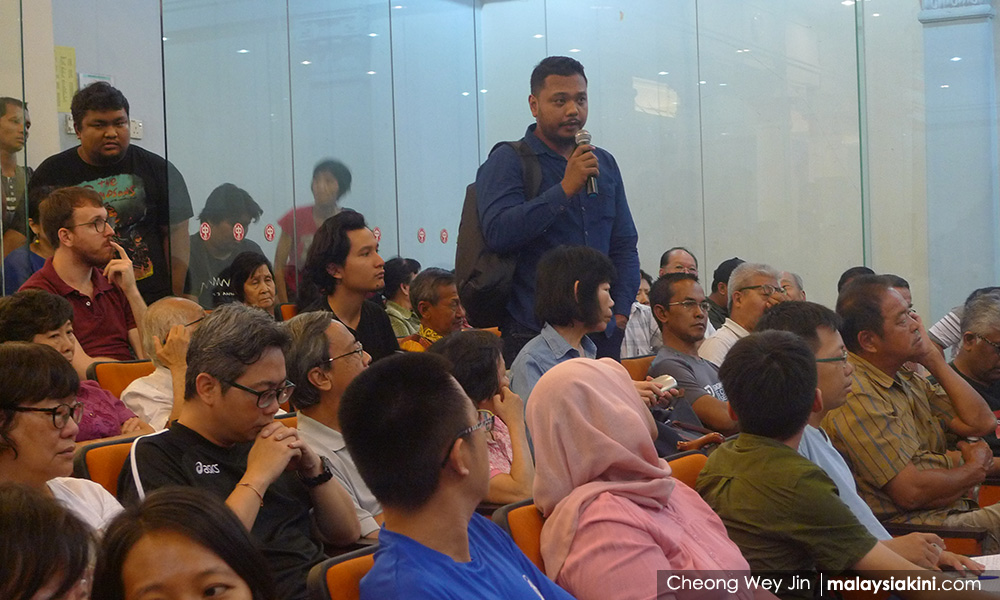 At this point, the forum moderator Imran Rashid stepped in to ease the heightening tensions and reminded the audience that the main focus on discussion was on history textbooks.

Fahmi replied that based on the forum topic, his presentation only focused on whether other alternative perspectives should be included in history textbooks, in addition to the official narrative.

As such, he said, he was not going to give his personal comment on each individual historical event.

The same audience member also asked why the organiser needed to provide a Mandarin interpreter.

"Why do we need a translator to translate the speakers' presentation into Chinese? As I observed, all the participants here are all Malaysian. Is there anyone here who cannot understand Malay?"

Fadiah responded that Malaysia is a multi-ethnic and multilingual society, and that everyone should have their own right to use a language they were familiar with, and this should be respected.

She said a similar situation was taking place in American society, where refugees’ efforts to have their own identities recognised were being rejected as being foreign to “American culture”.

Another audience member then asked if Fadiah referred to Chinese as “pendatang” (immigrants) too. Fadiah said she refused to respond to such provocative questions which were also unrelated to the forum’s topic.

The forum was held in conjunction with an event titled, "A people's history of the Malayan Emergency", which ran from July 27 to 29 at the Kuala Lumpur and Selangor Chinese Assembly Hall (KLSCAH).

The forum attracted around 130 participants from different nationalities, ages and ethnic groups, including members from left-wing movements such as the MCP. Besides the moderator and speakers, Ngoi Guat Peng from Universiti Pendidikan Sultan Idris was the Mandarin interpreter for the forum.