A Musang King durian plantation company has torn down a blockade set up by the Temiar community in Gua Musang, Kelantan, according to Jaringan Kampung Orang Asli Kelantan president Mustafa Along.

This escalation is despite a recent visit by Rural Development Deputy Minister R Sivarasa to the blockade, in which he promised to help resolve the dispute between Orang Asli villagers and the plantation company.

Mustafa said the company had called for a meeting at the Kaleg blockade at Pos Tohoi this evening.

He initially believed that the purpose of the meeting was to negotiate a resolution to the ongoing standoff following Sivarasa’s intervention.

When company representatives arrived at about 6.30pm, he said they came with a group of about 50 workers in eight pickup trucks and a timber hauler.

“We thought they were here to talk, but suddenly they got out of their vehicles, took out their chainsaws, and started destroying the blockade […]

“We didn’t suspect anything. We were stunned when they suddenly took out the chainsaws,” Mustafa told Malaysiakini when contacted today.

In a video provided, men holding chainsaws can be seen cutting down bamboo huts while an unidentified youth is restrained by others, yelling at a bald man in a black shirt, with an elderly Orang Asli standing at the side. 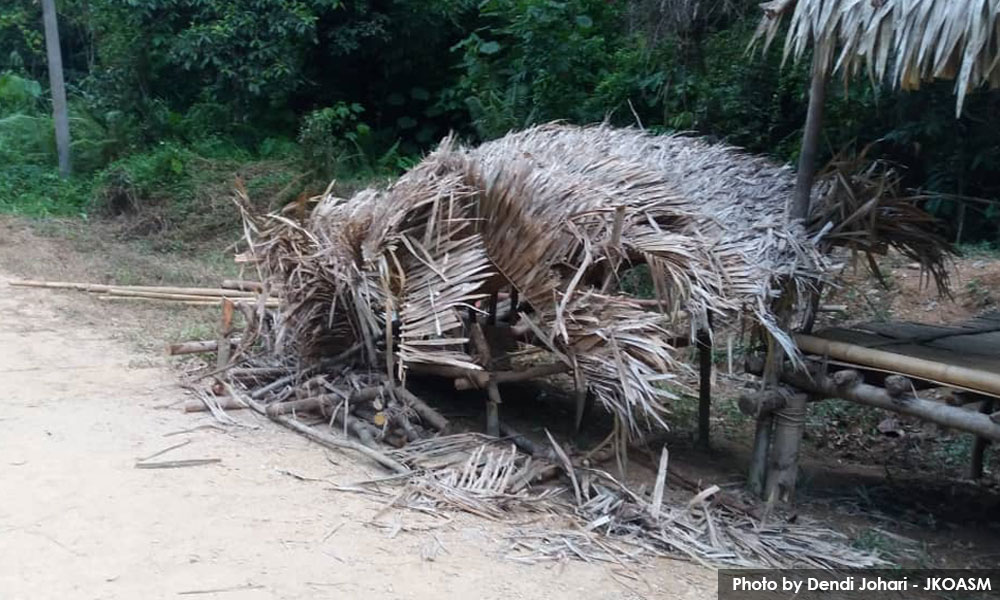 Mustafa said half of the villagers manning the blockades at the time had already been recalled to their villages because it was thought that the situation had subsided following Sivarasa’s visit on Aug 2.

He said the Orang Asli were disappointed that there had been no improvement since the visit, but that the situation had instead become more heated.

He also expressed anger that the Orang Asli were not being treated with respect, and fear over the threats towards them. 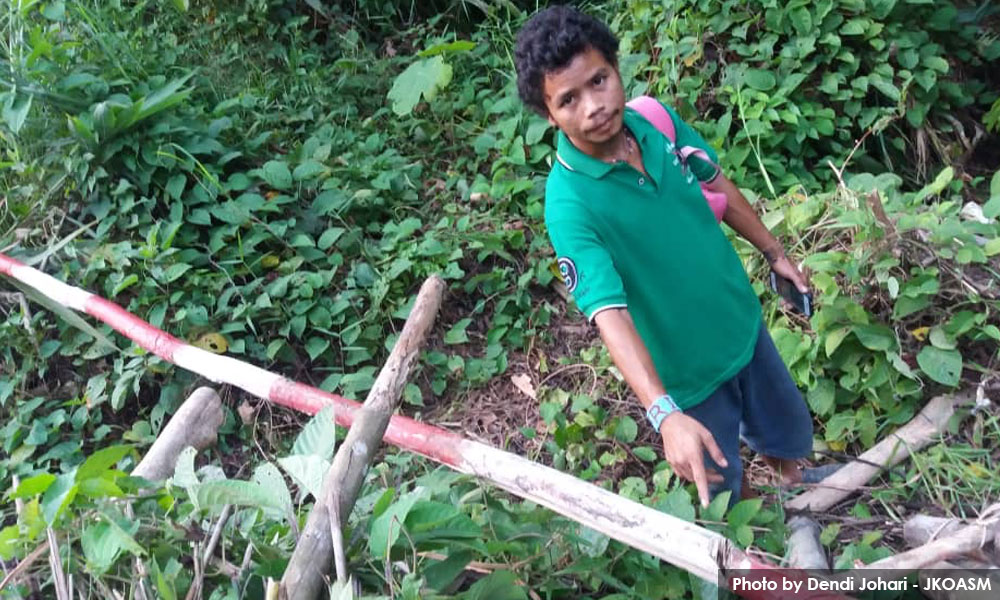 Mustafa said he would lodge a police report in Gua Musang tonight, and added that the blockade will be rebuilt tomorrow.

The blockade had originally been set up on Feb 15 by the Orang Asli community in Gua Musang to guard their customary land from incursions by loggers and plantation workers.

On July 29 however, Temiar villagers claimed that the durian plantation company had parked several vehicles including four-wheel drives and a timber hauler in front of their blockade, hence blocking cars and volunteers from reaching the Temiar villages.

However, police had cleared the company’s vehicles after two days.

Sivarasa had visited the area and its blockades following the incident, and promised to help gazette the Orang Asli’s native customary land.

“I will set a date to meet with the Kelantan state government to start negotiating on gazetting customary land for the Orang Asli future generations,” Bernama quoted him as saying.