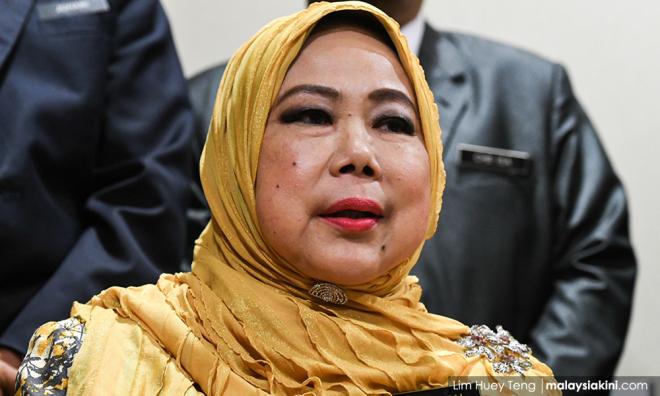 Based on the 2017 Auditor-General’s Report (LKAN) Series 1, she said 16 ministries had achieved good levels, while another two achieved satisfactory levels.

The 2017 LKAN Series 1 will be tabled in Parliament today.

She said that in 2017, the Financial Management Audit used a new approach which was based on risks where every criteria audited was categorised based on three levels of risks, namely high risk, low risk and moderate risk.

Madinah said in line with the implementation of this new approach, reporting for 2017 LKAN Series 1 on financial management was only made based on the 2017 financial year performance without comparison to the performance of the previous year.

“Financial management at the State Islamic Religious Councils (MAI) showed that one posted an excellent result, three were showing good levels and one had a satisfactory result,” she said.

According to Madinah, in the report, 14 recommendations had been made on the financial statement of the federal government for 2017 and the financial management of ministries/departments and federal statutory bodies.

“A total of 162 recommendations had also been submitted on the management of activities/finance of ministries/departments/agencies and the management of state government companies to improve the weaknesses reported,” she said.

In the meantime, Madinah said auditing of the financial statements of the federal government found that the government received a total of RM220.41 billion in revenue, an increase of RM7.99 billion (3.8 percent) compared with the year 2016 (RM212.42 billion).

“The government had approved an allocation of RM216.70 billion, of which RM217.70 billion (100.5 percent) had been spent. For development expenditure, the federal ministries/departments had spent RM44.88 billion (99.0 percent) of the allocation of RM45.32 billion.

Madinah added that the National Audit Department would also give a briefing on major issues raised in the report to members of the Public Accounts Committee after the appointment of members had been finalised.

She said that the contents and synopsis of LKAN 2017 Series 1, could be surfed on the website of the National Audit Department at https://www.audit.gov.my from today after 10 am.