Lawyers for Liberty executive director Latheefa Koya has urged the government to stop talking and start acting on the marriage involving an 11-year-old girl in Kelantan.

In a series of tweets, the lawyer said what Malaysians wanted were answers for the child's predicaments and not an "essay on the kindness" of the Deputy Prime Minister, and minister of Women, Family and Community Development, Dr Wan Azizah Wan Ismail.

Although Latheefa did not mention names, this was believed in reference to a Facebook post by Wan Azizah's deputy, Hannah Yeoh, earlier today, chronicling Wan Azizah's nature of being kind, yet being stern in handling things that concern her portfolio.

Yeoh had noted that the investigation of the Kelantan child marriage was now with the Attorney-General's Chambers (AGC), and had blamed the delay in taking concrete action on the matter despite the widespread backlash, on other ministries they have to work with.

This clearly did not sit well with Latheefa, who in a series of tweets, slammed Yeoh. 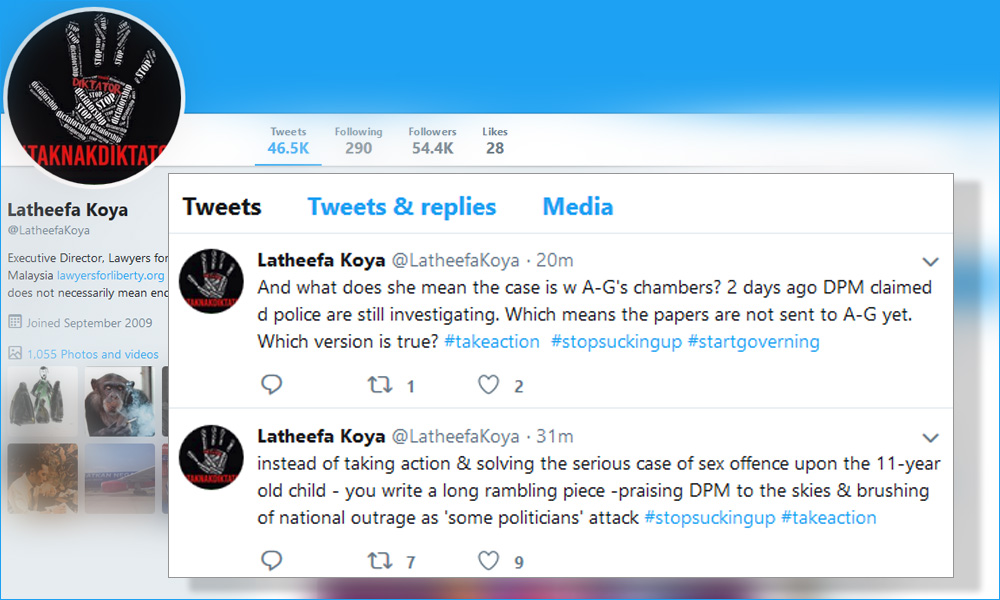 "M'sians want answers & real action on behalf of d 11yr old victim, & not an essay on the 'kindness' of d DPM," she tweeted.

SH: Why the contradiction?

Latheefa also pointed out a contradiction in the ministry's explanation of the course of action taken in the case.

On July 31, Wan Azizah was quoted saying in Parliament that the case has already been referred to the AGC, and that the government is in the midst of collecting further evidence in the case to ensure a "watertight case" against the suspect. 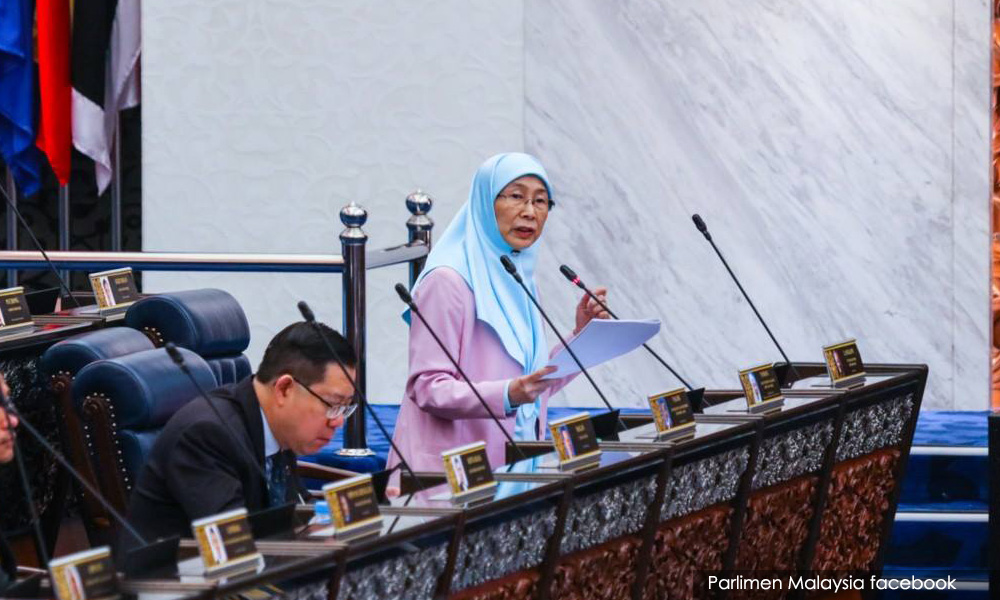 However, on Aug 5, Wan Azizah's ministry had said that the police are conducting thorough investigations into the case.

"And what does she (Yeoh) mean the case is w AG's Chambers? 2 days ago DPM claimed d police are still investigating. Which means the papers are not sent to AG yet. Which version is true?" she questioned in a third tweet, which was hashtagged #takeaction #stopsuckingup #startgoverning.

He was on July 9, fined RM1,800 by the Gua Musang Syariah Court under Section 19 and Section 124 of Kelantan's Islamic Family Law Enactment No. 6 for getting married and practising polygamy without permission from the syariah court.

Responding to the outrage, the man said he had sought the permission from the girl’s father, and that he and his child bride would not be living together until she reaches the age of 16.

The government is currently in the process of ending child marriages and increasing the legal marriage age from 16 to 18 years old.