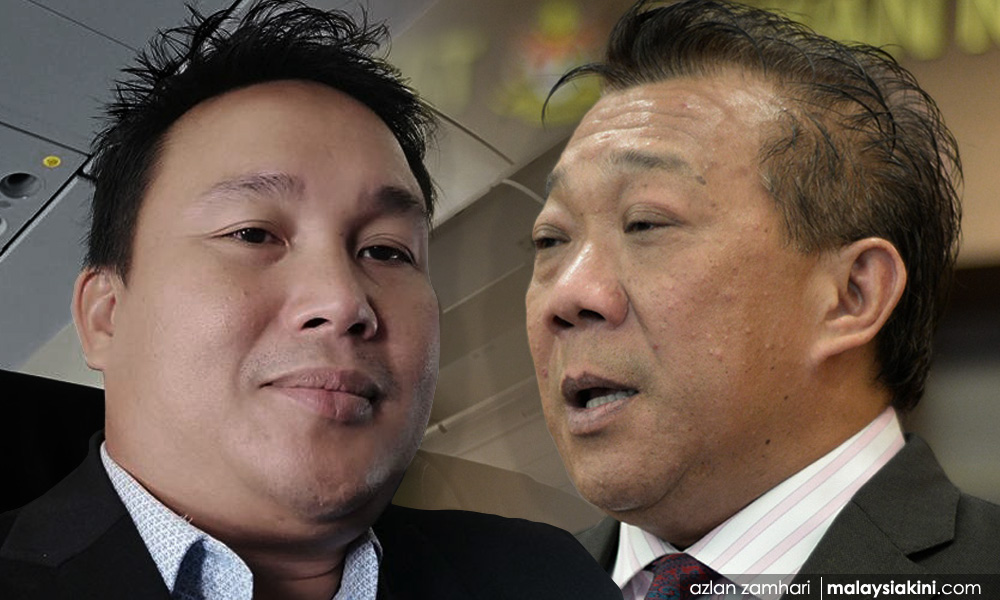 Bung had issued the challenge in the Dewan Rakyat yesterday when the Puncak Borneo MP asked if the BN man had visited a casino based on a photograph which has gone viral.

Taking to Twitter, Willie said: "Too many blunders from Kinabatangan in Parliament. If he insists on fighting, I accept his challenge to go one-on-one in the ring.

"Belum cuba belum tau (you won't know till you have tried)... feeling strong. Just let me know the date and the time Bung."

In a separate tweet, Mogin said throughout his presence in the Dewan Rakyat, he has heard numerous insults and profanities hurled at Pakatan Harapan lawmakers.

He then proceeded to list out them out, which included “munafik (hypocrite), mabuk (drunk), bodoh (stupid), kepala bapak (your father's head), samseng (thug), f**k you and p*****k.”

Apart from Willie, Bung had also trained his guns on Thomas Su, accusing the Kampar MP of being with prostitutes.

This is after Su came to Willie's defence and told Bung that the Puncak Borneo MP had merely asked a question.

During the verbal tirade, Bung had also used the “F” word twice.

After recess, the Kinabatangan MP was forced to retract his remarks.

He had wanted Willie to retract his remarks as well but the latter was not in the House then.