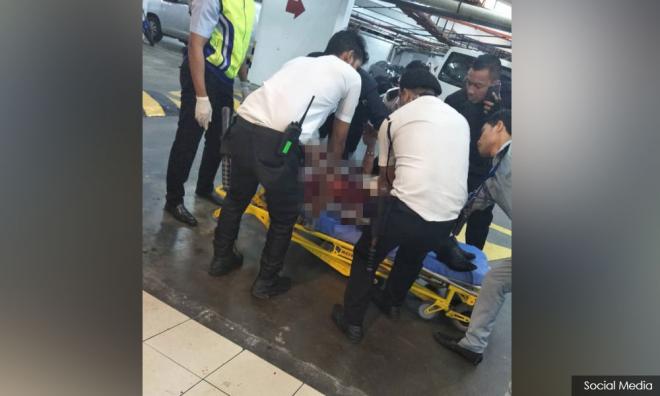 A senior citizen who was being given first aid treatment by paramedics at the Centrepoint Shopping Centre in Bandar Utama yesterday created panic when he suddenly brandished a semi-automatic pistol.

The 6pm incident took place when he was being treated for a head injury after he fell and hit a restaurant table, shortly after having a heated argument with a friend at the restaurant.

Petaling Jaya District police chief ACP Md Zani Che Din said the 61-year-old man is believed to be drunk during the incident and has been arrested by policemen.

"After he fell and injured himself, the restaurant owner called for the ambulance.

"It was when paramedics were giving him treatment that he took out a pistol and started looking for his friend, with whom he had an argument with earlier.

"This caused panic among the members of the public, who immediately called police through the emergency line," Zani said in a statement today.

He said police have seized the man's firearm, for which he has a licence, and he is being investigated under Section 506 of the Penal Code for criminal intimidation using a firearm.

It was learnt that police have also checked the CCTV recording at the restaurant, which confirmed that the man fell by himself.