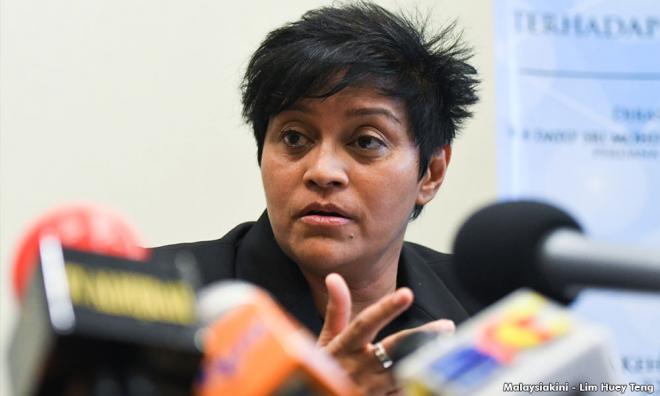 The Pakatan Harapan government is being short-sighted in its eagerness to abolish the Anti-Fake News Act 2018, as the Act is still the best bet in curbing the dissemination of fake news, said former BN minister Azalina Othman Said.

In a statement, she said other existing related laws were not up to date with current technological advances which, in turn, abet the uploading and dissemination of fake news.

"Even though there are a number of related laws, yet till today, the problem of the dissemination of false news cannot be effectively and speedily controlled following the advancement of the latest technology that is fast and complex.

"What's more, the laws that are often mentioned, such as the Penal Code, Printing Presses and Publications Act and Communications and Multimedia Commission Act, were formed during or before the 90s (and so) are not able to comprehend the nature of complex offences which accompanied the distribution of the latest technology," Azalina added.

The Pengerang MP insisted that the Act, which had just come into force in April, was meant to protect those who fall victim to fake news, and that there has been no proof that it has been misused by the previous regime.

"Hence, the government should not rush to abolish the current Act as amendments or revision of any laws must be made with an in-depth study. If the Pakatan Harapan government feel there are clauses/sections of the Act that are no longer appropriate or outdated, (they) can amend it, not by abolishing it," she said.

Azalina suggested that the new government make better use of the current Dewan Rakyat sitting to focus on more "essential" laws, such as the Sexual Harassment Act and amendments to Section 88A of the Law Reform (Marriage and Divorce) Act concerning unilateral conversions of minors.

Her statement comes one day after Minister in the Prime Minister's Department Liew Vui Keong tabled a bill in the Dewan Rakyat to repeal the Anti-Fake News Act.

The controversial Act has come under immense criticism from the opposition members and rights groups over the vague definition of "fake news" and its stiff penalties.

During the rule of the previous regime, critics cited concerns that the Act could be used to curb press freedom and stifle dissent.