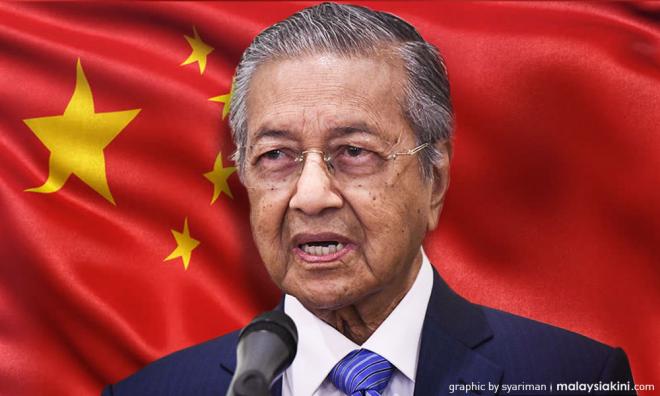 PM's China visit to remove kinks in the relationship

COMMENT | The upcoming official visit of Prime Minister Dr Mahathir Mohamad to China is special as it is crucial.

The prime minister is scheduled to be in China from Aug 17 to 21, during which he is expected to meet Chinese President Xi Jinping and Prime Minister Li Keqiang.

The visit is special because Mahathir is returning to China once again as prime minister after a 17-year gap.

His last official visit to China as prime minister was in October 2001 to attend the Apec CEO summit.

Mahathir is a regular visitor to China. In the 22 years of his first stint as prime minister – 1981-2003 – he visited China seven times and nine more times after his retirement, making a total of 16.

This coming visit has an added significance because he is leading a different government and there are several touchy issues standing in the way of good relations between the two countries.

In his previous official visits, he was leading the BN government. In this visit, he is leading Pakatan Harapan that ousted the BN in the May 9 national polls.

Chinese leaders are familiar with the BN. Back in 1974, it was the leader of newly formed BN, Abdul Razak Hussein (photo), who made the groundbreaking visit to China. 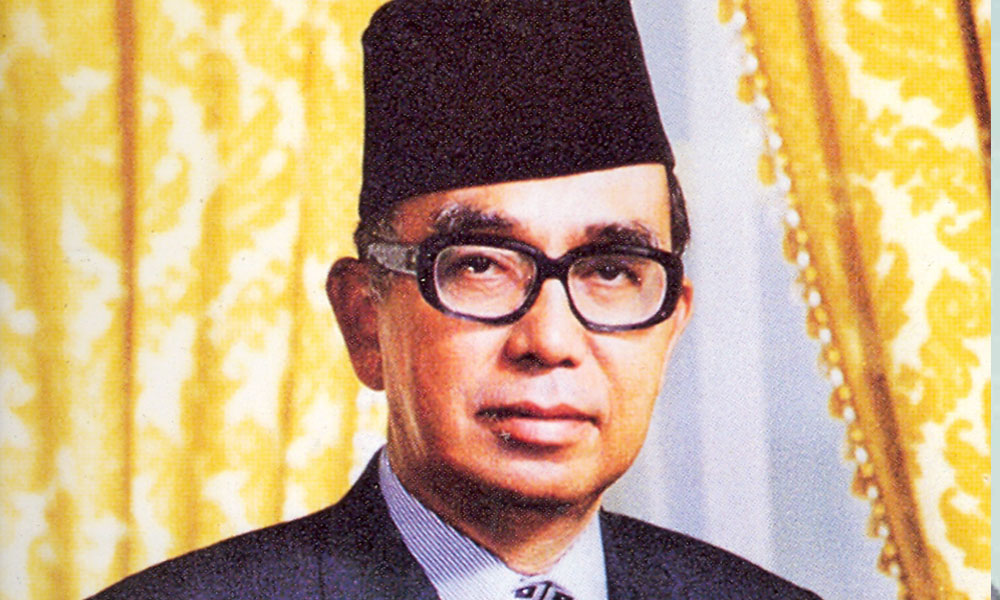 It was as a result of that visit that Malaysia became among the earliest countries in Southeast Asia to recognise China. Bear in mind that although Indonesia recognised China in 1950, their relationship soured and was suspended between 1967 and 1990.

Singapore, a predominantly Chinese nation, recognised China only in 1990 and the Malay Brunei in 1991.

It was not an easy decision for Malaysia because it already had diplomatic relations with Taiwan since independence in 1957.

The recognition of Taiwan was reflective of Malaysia’s pro-Western stance and it's staunchly anti-communist policy. The armed communist insurgency starting in 1948 did not help to endear Malaysia to China.

With the disbanding of the Malayan Communist Party (MCP) following the 1989 peace accord involving the MCP and the governments of Malaysia and Thailand, the Malaysian Chinese Association (MCA) became the last remaining vestige of the Chinese revolution in Malaysia.

It was no coincidence that while the MCP was fashioned after the Chinese Communist Party (CCP), the MCA was the mirror image of the Chinese Nationalist Party - Kuomintang.

Still, Abdul Razak pulled it off and received overwhelming voters’ endorsement in the 1974 general election, in which his enlarged coalition – the BN – was contesting for the first time.

So given this very long history of the mutually beneficial relationship and Mahathir’s own affinity with China, his visit is not only special but offers the two countries the opportunity to clarify and sort out issues that could stand in the way of good relations.

Daim is a familiar face in Beijing

Mahathir had wanted to visit earlier but time was not favourable. Proving his seriousness about wanting to put the relationship between the new Malaysian government and China on good footing, he sent Daim Zainuddin as his emissary.

Like Mahathir, Daim (photo) is a familiar face in Beijing. 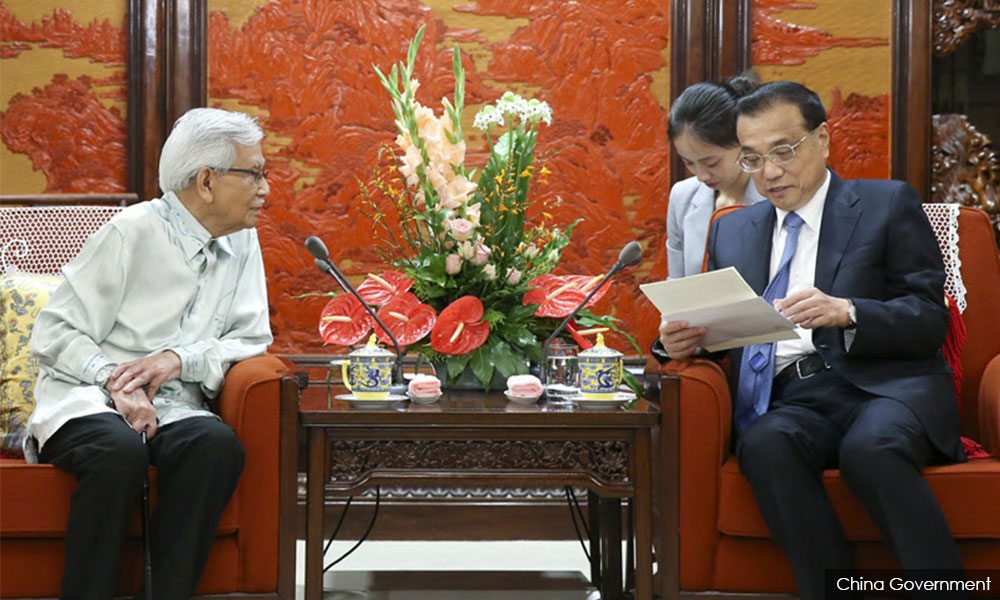 Back in the 1980s, when he was in his first stint as finance minister, he took an active part in supporting China’s new role in international financial organisations like the Asian Development Bank, the World Bank and the International Monetary Fund.

During his visit to Beijing on July 18, Daim handed over Mahathir’s letter to Li Kiqiang, and had discussions with Foreign Minister Wang Yi.

It is clear that neither China nor Malaysia would want the 44-year relationship to be jeopardised by issues that cropped up during the time of former prime minister Najib Abdul Razak.

Among them were the Chinese loans for the construction of the East Coast Railway Line (ECRL) and the little known Suria Strategic Energy Resources Sdn Bhd (SSER) pipeline project.

It is highly possible that China, in extending these loans and entering into construction agreements for the projects, was acting in good faith in line with its One Belt One Road (OBOR) policy but along the way was perverted by irresponsible elements in Malaysia and China.

Here the hidden hands of Najib and his 1MDB collaborator, Low Taek Jho aka Jho Low, are suspected. Jho Low is said to be hiding in the Chinese territory of Macau.

Neither China nor Malaysia should suffer the embarrassment and financial losses caused by these people and their associates. The relationship between the two countries is too precious to be allowed to become sour by their irresponsible and criminal actions.

Mahathir had said in a recent interview with the Hong Kong-based South China Morning Post that his less-than-favourable view of some Chinese-backed deals, deemed overpriced and lopsided against Malaysian interests, did not mean he was hostile towards Beijing.

More recently, he said, Malaysia would seek to do away with these projects if they continue to be unfavourable to the country and a burden to the people.

The Harapan administration and the people of Malaysia must not be made to shoulder the burden of irresponsible acts of Najib and his collaborators.

As Mahathir had pointed out, Malaysia and China had developed “a very good relationship” during his first tenure as prime minister and there is no reason why this would not continue during his comeback era.

A KADIR JASIN is a veteran journalist and former spokesperson for the Council of Eminent Persons.