Deputy Prime Minister Dr Wan Azizah Wan Ismail is the most popular figure in the cabinet, according to a Merdeka Centre poll.

According to the poll conducted from Aug 7 to 14, Wan Azizah enjoyed an overall approval rating of 75 percent with only 16 percent disapproving of her performance.

Meanwhile, Lim was highly popular among the non-Malay community with an approval rating of 84 percent. Only nine percent disapproved of his performance.

Among Malay respondents, 44 percent approved of the DAP leader's performance whereas 42 percent disapproved.

This caused his overall approval rating to suffer, but Lim was still able to come in at fourth place with 60 percent giving his performance the thumbs-up and 28 percent thumbs-down.

As for Maszlee, his handling of the controversial United Examination Certificate (UEC) recognition issue appears to have impacted his rating.

The UEC issue is important to the Chinese community but the Malays see it as undermining the national language.

Among Malay respondents, only 54 percent approved of Maszlee's performance while 26 percent disapproved. In the non-Malay community, the figures were 41 percent and 33 percent respectively.

This made him the least popular of the seven key ministers tracked, with an overall approval rating of 50 percent and 28 percent disapproving.

The poll also included attorney-general Tommy Thomas, who came last among the eight names with an overall approval rating of 49 percent and 25 percent disapproving.

The survey involved 1,160 voters through a random stratified sampling method that matches the national demography. 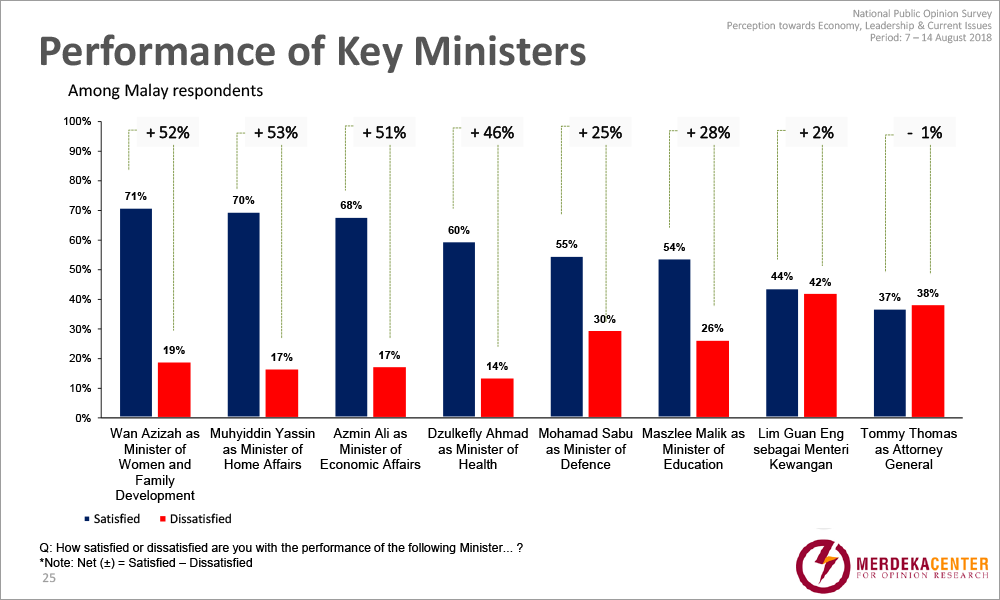 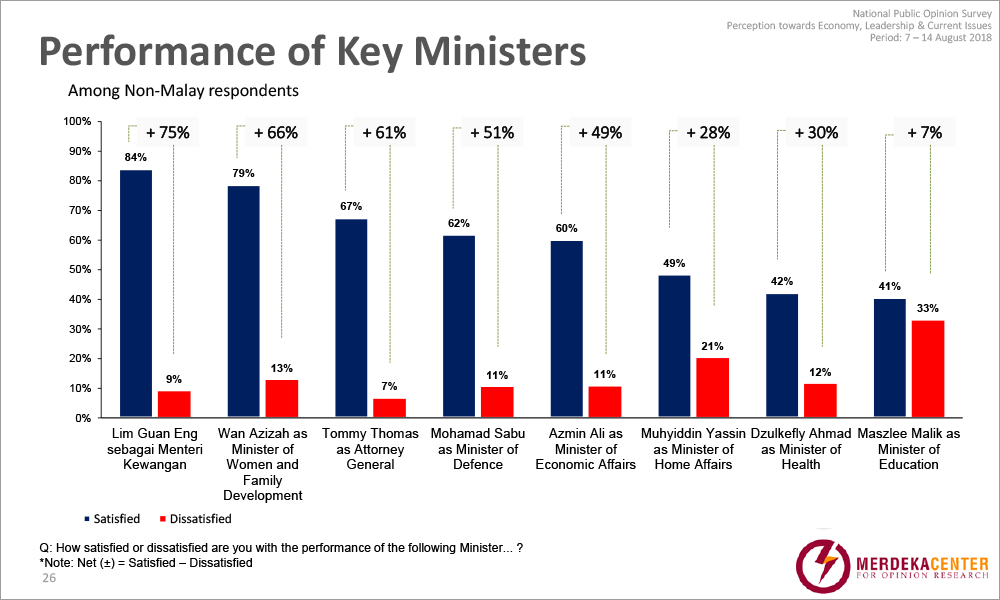