COMMENT | Dear Prime Minister, we congratulate you on your election victory on May 9, 2018, and your first 100 days in office.

During the election campaign, your Pakatan Harapan coalition promised to implement a comprehensive programme of legislative and institutional reform after coming to power.

Among the commitments made in your manifesto were pledges to ratify international human rights conventions and to revoke repressive laws including the Sedition Act, the Printing Presses and Publication Act, the University and University Colleges Act and the National Security Act. Further, your government committed to reform the Royal Malaysia Police, which has operated with impunity for years.

Our organisations welcomed the formation of the Institutional Reforms Committee, which was tasked with making recommendations to the new government on priorities for legislative and structural reforms.

We understand the report of the Committee was submitted to the Cabinet in July 2018 and is currently awaiting deliberation.

We also welcome the release of Malaysian opposition leader Anwar Ibrahim, twice imprisoned on politically motivated sodomy and corruption charges; the acquittal of political cartoonist Zunar, human rights lawyers Surendran and Eric Paulsen, and political activist S. Arutchelvan, all charged with sedition; and the acquittal of the #KitaLawan protesters, charged under the Peaceful Assembly Act 2012.

However, as this government reaches its 100th day in office, we continue to see a lack of progress on a number of commitments made in the Pakatan Harapan manifesto, including in the following areas:

Article 10(a) of the Malaysian Constitution guarantees the right to freedom of speech and expression. However, many laws severely restrict this right and continue to be used to silence government critics or those holding controversial opinions. 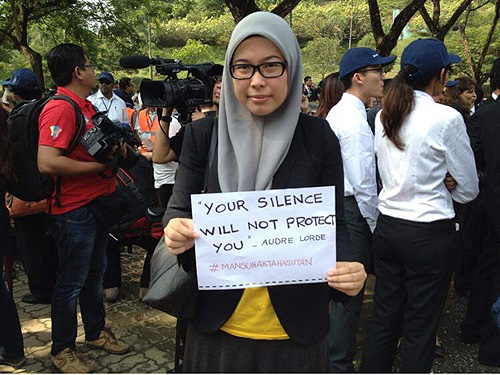 Our organisations are concerned by the lack of transparency around plans to review the Sedition Act 1948 and the Communications and Multimedia Act 1998 (CMA), laws which are inconsistent with international law and standards.

These laws were used systematically by the previous regime to suppress freedom of expression, including by silencing those voicing opinions critical of the government.

It is disturbing that your government has continued this trend with the investigation of lawyer and activist Fadiah Nadwa Fikri (photo) under the Sedition Act and Communications and Multimedia Act in relation to an article that she wrote, which some perceived as disrespectful to the monarchy.

We also regret that she was subsequently called in for questioning under the Peaceful Assembly Act 2012 following her participation in a solidarity gathering held outside the Brickfields police station in Kuala Lumpur on July 11.

Our organisations are not aware of any steps taken to review the Printing Presses and Publications Act 1984 (PPPA), which gives authorities broad and ill-defined powers to limit the number of printed newspapers, suspend publication of newspapers that report on government abuses, and prevent publishing houses from printing books critical of the government.

We are particularly disturbed by reports that the government is backtracking on its promise to repeal the Security Offences (Special Measures) Act 2012 (SOSMA), which allows detainees to be held for 28 days without trial.

The law has been used arbitrarily to detain at least 1,600 criminal suspects since its enactment, and human rights groups have raised concerns that it facilitates torture, ill-treatment and fair trial rights violations.

It is also worrying that your government has announced that it will need five years to comprehensively reform or replace the Universities and University Colleges Act 1971 (UUCA). The UUCA has been used to restrict student activism and stifle freedom of expression on Malaysian university campuses for decades, and the rights-offending provisions should be repealed as a matter of priority. 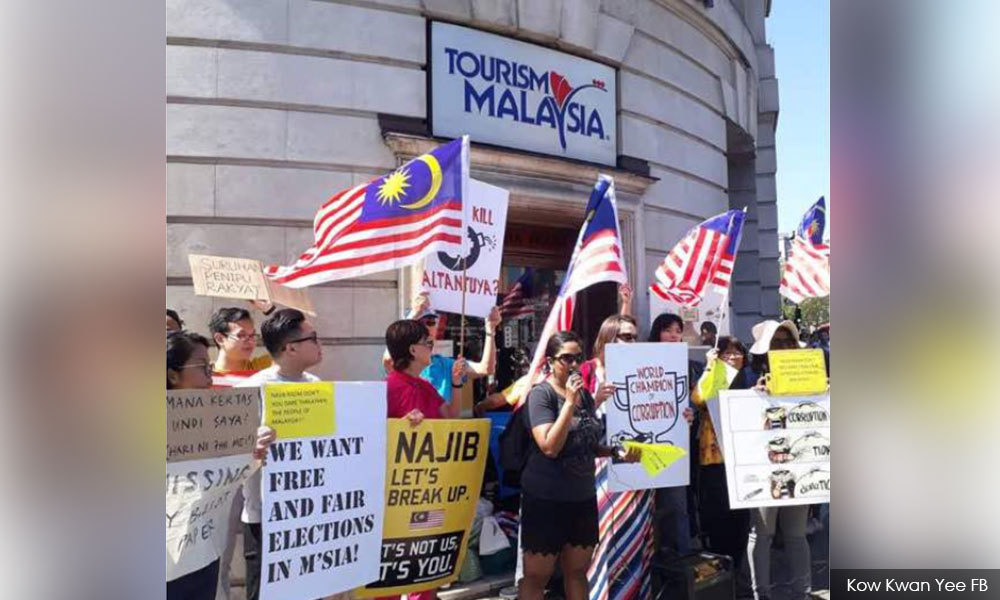 Article 10(b) of the Malaysian Constitution guarantees the right to peaceful assembly. However, the Peaceful Assembly Act 2012 (PAA) imposes notice requirements that are onerous and inconsistent with international standards, and subjects those violating its provisions to fines of up to RM10,000.

Furthermore, the right to assemble under the PAA does not extend to street protests, making it an offence to participate in such a protest. The PAA was frequently used by the previous government to arrest and prosecute individuals for organising and participating in peaceful protests.

Prior to the elections, the Pakatan Harapan coalition made public commitments to reform this restrictive law. However, our organisations are not aware of any steps taken by the government within its first 100 days to address the problems with the law.

Although Article 10(c) of the Malaysian Constitution guarantees the right to form associations, this right has been restricted by various laws and the actions of the prior government.

Our organisations are not aware of any steps taken over the last 100 days to protect the right to freedom of association. The previous government used legislation to restrict the formation and operation of associations, including by threatening to suspend or close civil society organisations and limit the activities of informal movements.

In particular, the Societies Act 1966 prohibits the operation of unregistered groups. Organisations that have attempted to register with the Registrar of Societies (ROS) have experienced excessive waiting periods, as there is no fixed time period for authorities to decide upon registration applications. Furthermore, the ROS has broad powers to refuse registration and absolute discretion to declare a society illegal.

We believe it is time to review the Societies Act to guarantee that undue restrictions on right to freedom of association are removed and the Act is brought into compliance with international human rights law and standards.

Article 8(2) of the Malaysian Constitution prohibits discrimination on the grounds of religion, race, descent, place of birth or gender. Our organisations are concerned about homophobic and discriminatory language and actions directed at the LGBT community by government officials in recent months. 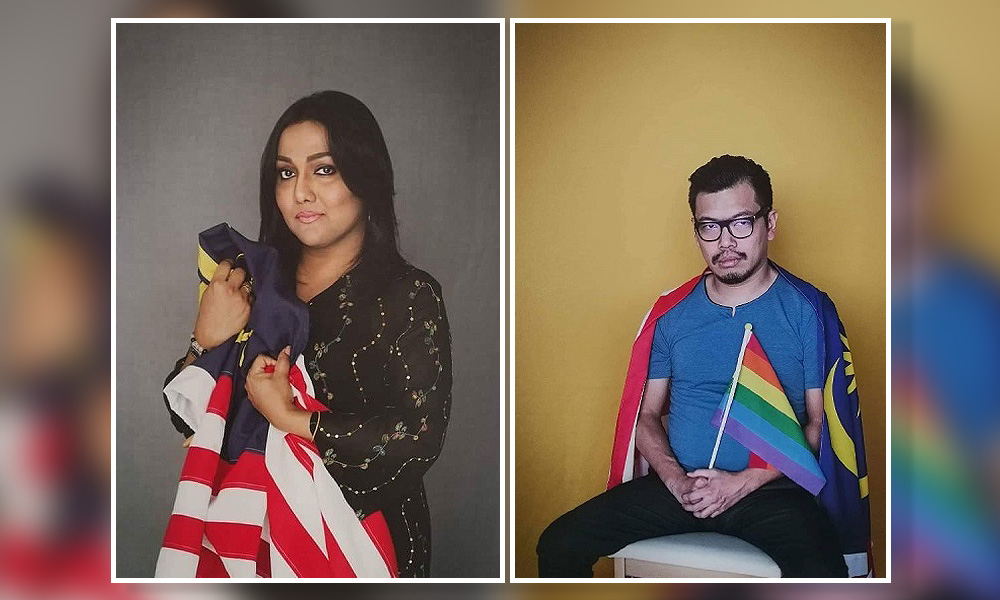 Of particular concern is the Aug 8 removal of the portraits of two lesbian, gay, bisexual and transgender (LGBT) activists, Nisha Ayub and Pang Khee Teik, from an exhibition in Penang.

The portraits, which showed the individuals posing with the Malaysian flag, were removed pursuant to a directive from a minister in the Prime Minister’s office. This action is clearly inconsistent with your manifesto commitment to make Malaysia “inclusive” and “free from discrimination.”

In November, Malaysia will undergo its third Universal Periodic Review by the UN Human Rights Council. In the intervening months, your government has the opportunity to demonstrate its firm commitment to reverse the patterns of human rights violations established by the prior government and ensuring compliance with international human rights law and standards.

To this end, and in light of the concerns described in this letter, we urge your government to take the following actions as a matter of priority:

We express our sincere hope that you will consider and implement these recommendations.

DAVID KODE is Civicus' Advocacy and Campaigns lead while MATTHEW BUGHER is Head of Asia Programme at Article 19.

The views expressed here are those of the authors and do not necessarily represent the views of Malaysiakini.