The extradition of fugitive businessperson Jho Low is expected to be high on the agenda of Prime Minister Dr Mahathir Mohamad's visit to China which begins later today.

The Wall Street Journal reports that Malaysian authorities believe Low is being given refuge in China where he is living as a free man.

The report also provided scintillating details about Low's alleged escape from Macau with his wife and two children following BN's defeat in the May 9 general election.

"The election result spooked Mr Low, who summoned his family and entourage to the Marriott Hotel in Macau just after the May 9 vote to discuss the situation and implement more stringent security protocols, people familiar with his activities said.

"In a penthouse suite, staff and family members packed up suitcases of documents as a pair of burly Chinese men worked out Mr Low’s logistics on laptops, one of the people said.

"As they left, an aide to Mr Low wiped down countertops with alcohol to remove any fingerprints, the person said.

"Mr Low then began moving between hotel suites and luxury apartments in Chinese cities, including Hong Kong and Shanghai with his wife, two young children and close associates," the report said.

Malaysian police had previously sent officers to track down Low in Hong Kong and Macau but were told each time that they (Low and his family) had left.

The WSJ cited sources as saying the Low has at times bragged about "working with Chinese intelligence" and would at times be accompanied on his travels by a Chinese security detail. 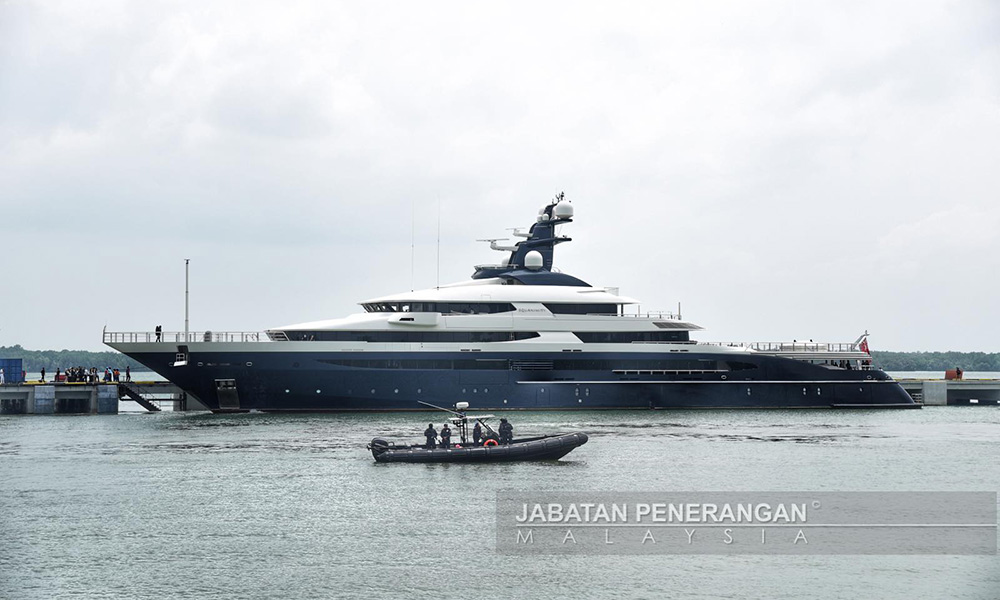 The report also alleged that Low had, through intermediaries, helped open communication channels with a US politician to work out a way to extradite Beijing critic Guo Wengui to China.

The WSJ previously claimed Low had a central role in the two Suria Strategic Energy Resources Sdn Bhd (SSER) gas pipeline projects which are believed to have been used to launder funds to bailout 1MDB.

The pipelines' contractor - China Petroleum Pipeline Bureau - has denied that any of its funds were misappropriated.

Low is wanted for his involvement in the 1MDB scandal in which over US$4.5 billion is alleged to have been misappropriated.

The US Department of Justice (DOJ) claimed in its suits that the businessperson was involved in multiple instances where 1MDB funds were allegedly misused.

He is accused of having used 1MDB funds to purchase the super-yacht Equanimity (above); jewellery for model Miranda Kerr and also a US$27.3 million pink diamond necklace for the wife of former prime minister Najib Abdul Razak.

The DOJ claimed the pink diamond was purchased using US$620 million that Najib claimed to have returned to a royal Arab donor but was instead channelled to accounts allegedly controlled by Low.