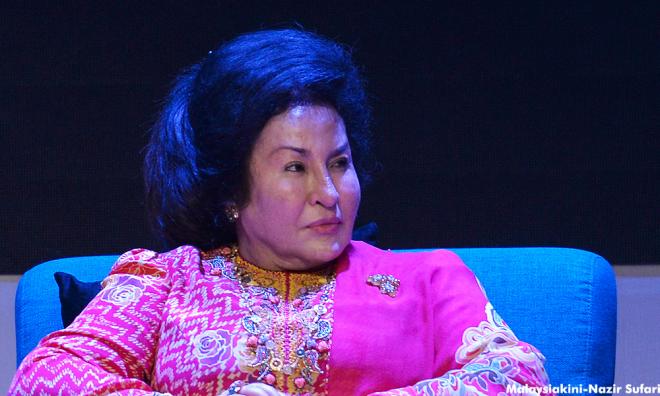 The government today succeeded in its application to become an intervener in the lawsuit brought by a Lebanese jeweller against Rosmah Mansor, wife of former prime minister Najib Abdul Razak.

Senior federal counsel Alice Loke Yee Ching, when approached by reporters, said judicial commissioner of the High Court, Wong Chee Lin, had allowed in chambers the application by the government to intervene in the lawsuit.

"With this ruling, Global Royalty Trading SAL will have to amend its statement of claim to include the Malaysian government as the second defendant,” she said.

She also said that the Attorney-General’s Chambers would go through the lawsuit before deciding on its next course of action.

The government had sought to be part of Global Royalty’s suit against Rosmah on the grounds that the jewellery belonged to the government and was bought with stolen money. Rosmah was named as the sole defendant in the suit.

Global Royalty sued Rosmah on June 26, demanding her to return 44 pieces of jewellery allegedly sent to her for viewing or to pay the price for all the items totalling US$14.79 million or almost RM60 million.

In its statement of claim, the international wholesale jeweller claimed that Rosmah had been its long-standing customer and that the firm would send consignments of jewellery to her on request. She would then evaluate or purchase the items of her choice which she would pay for on her own or through a third party.

The firm, which has been supplying jewellery for royalty and the rich and famous from all over the world, claimed that the items not chosen would normally be returned and, in certain situations, Rosmah would borrow the jewellery and return it to the plaintiff.

The plaintiff also claimed that the defendant would receive the jewellery personally or through its personnel/agent in Kuala Lumpur, Singapore or Dubai.

The firm claimed that on Feb 10 this year, it had sent 44 pieces of jewellery, including a diamond necklace, earrings, rings, bracelets and a tiara, each worth between US$124,000 and US$925,000 to the defendant by hand through two of its agents.

The plaintiff said that during the handover, the defendant also acknowledged and accepted the terms and conditions stated in Memorandum No. 926 relating to the items.

Global Royalty claimed that Rosmah, in a letter dated May 22, also confirmed and acknowledged receiving the items, but said the items were no longer in her custody as they had been seized and were now under the custody of the Malaysian authorities.

The firm claimed that at all material times, the plaintiff was the owner of the jewellery and the ownership had never been transferred to the defendant.

Global Royalty is seeking a court declaration that the firm is the legal owner of the 44 pieces of jewellery, and an order stating that the ownership of the items was never transferred to the defendant.

It also seeks a mandatory order for Rosmah to provide the list of jewellery seized, an order for the jewellery to be returned or, if not, Rosmah shall be held responsible for paying the price for the items totalling US$14.79 million (RM59.83 million).

Rosmah, in her statement of defence filed on July 23, has denied purchasing any of the 44 pieces of jewellery and said they were delivered for her viewing by virtue of the fact that she was the wife of the prime minister of Malaysia on the plaintiff’s own accord and volition and without there being any obligation for Rosmah to purchase the jewellery.