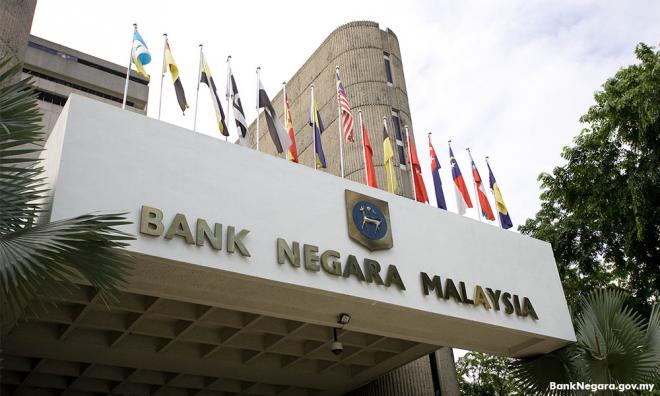 Yoursay: Another skeleton out the closet with RM16b unpaid tax refunds

YOURSAY | ‘Same standards and penalties should be applied to gov’t as to errant taxpayers.’

Guan Eng reveals yet another RM16b in unreturned tax refunds

Clever Voter: The announcement from Finance Minister Lim Guan Eng on the non-payment of more than RM16 billion in income and real property gains tax refunds is no longer a shock.

Now that this is another item to be added to the to-do list, what then is to be done? Report to the police, then what?

Surely it is not difficult to determine the course of things, and who is behind this.

Banks and businesses are aware if they commit a false reporting, they could possibly be charged and go to jail. Shouldn't the authorities apply the same standards, to be consistent and fair to others?

Undecided: The previous BN government had the tendency to punish citizens who are responsible taxpayers and reward those who are not by giving generous instalments.

Taxpayers who overpay are likely to be those who are least likely to avoid paying taxes, as they feel it is their duty to do so.

In that sense, refunds should be given quickly instead of being given to tax auditors to audit before repayment.

Often, unnecessary queries are raised one by one, causing delay even after replies have been given. There should be a change of procedure to prevent this backlog of refunds.

Anonymous_1372403850: The Internal Revenue Board (IRB)’s Collection Department took my company to court for not paying tax which they claimed was overdue.

We checked with IRB’s Assessment Department and at the court hearing, it was found my company had overpaid by RM26,000. It was five years ago, to date, and there has been no refund and we have to pay IRB's lawyer RM500 and also our company lawyer fees, too.

JC: The previous BN administration was irresponsible, corrupt, unscrupulous, deceitful, and operated on whims and fancies.

We can't move forward without first knowing how much we have and what we owe and that will depend on the number of skeletons and worms being hidden so far.

But the government may easily misappropriate these funds and get away with it.

Anonymous_c7d890c5: The IRB owes me money in form of a tax refund, and it has detailed records of how much is owed. So why do I have to apply to set off next year's income tax?

Your system should automatically set off the amount and I will only pay the difference. Don't forget, it is my money.

By the way, what is the interest rate being paid to me for the amount the IRB owes me?

Anonymous: Lim, very clever. You announced it during a public holiday while all the educated youths were back home and could tell those rural folks in the well about how the nation’s debts keep ballooning.

Anwar against banning books unless they insult religion

Newday: PKR president Anwar Ibrahim has pointed out Salman Rushdie’s “The Satanic Verses” as one book to stay banned. Why?

A fatwa on the author was issued by zealots many, many years ago, and they were the ones who had a narrow perspective on what is so-called “true and correct” in religion.

Has Anwar read the book? Probably not, due to it being banned.

I have. Where does that put me? I am still here and practising my Islamic faith. The book could have been a hundred pages shorter.

Has it changed my worldview of the religion, the Prophet or Allah? No.

Was it thought-provoking? For a while. And then I picked up a nice crime thriller and moved on.

It is only extremists and the narrow-minded who ban books. It is up to the individual to educate himself, look at the evidence and make up his own mind.

Anwar is pandering to the conservative right and that is a worry.

Beman: Where does the exception stop?

Some may regard any opinion different from theirs as an insult. You can do better than this, Anwar.

Have a backbone, if you want to show that the world that you are an open-minded principled person. The banning of any book just invites more attention to it.

EC: If you believe the reading of “The Satanic Verses” poses a threat to your religion, your religion probably has bigger problems than Salman Rushdie.

As Anwar himself says: "People can think for themselves". The book doesn't incite hatred or violence. It isn't (in my humble opinion) even that good a read.

However, to ban it is such a backward proposition, and a greater insult to Malaysians, I believe, than the book is to Islam.

God has given each one of us a brain to use and the freedom to choose.

The absence of an open and critical mind leads followers of religion to become fundamentalist and radicalised in their beliefs.

So reading books no matter how objectionable their content is, is the best way to have an understanding and an appreciation of religions.

“The Satanic Verses” is no exception. I read it in the UK and it did not change my opinion of Islam as being a great religion.

Kleeo: "(Books that) mock, condemn religion, the Prophet, Islam [...] those we have to take caution against," Anwar said. "If it’s only a matter of differences in opinion, then we should allow for more creative license and the people can think for themselves," he said.

Is mocking or condemning of a particular religion not an expression of a different opinion on the veracity of such religion?

If one’s religion or worldview is true, it needs not the coddling of protectionist policies.

Let it be aired in the marketplace of ideas, let it be subject to criticisms and analysis of those with countering opinions.

If it’s true, it will win out in the end. If you have to coddle it to prevent it from being discredited, perhaps it wasn’t a true reflection of reality to begin with.