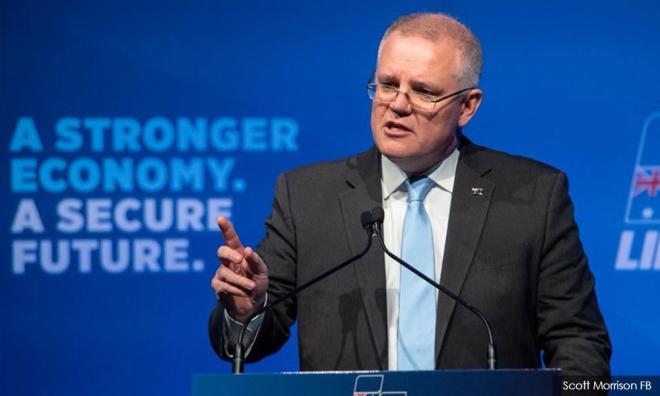 Australians' support for the coalition government has dropped to its lowest in a decade after it dumped Malcolm Turnbull as prime minister and installed Scott Morrison last Friday following a week of chaos, an opinion poll showed on Monday.

Morrison replaced Turnbull in a party-room vote on Friday, taking over as leader of the Liberal party after a week of political turmoil that led to the emergence of Australia's sixth prime minister in less than a decade.

The Liberal-National coalition's primary vote dropped four points to 33 percent, the Newspoll showed, while the two-party-preferred split between Labour and the Coalition blew out from 51-49 in favour of Labor two weeks ago to 56-44.

Morrison must call a federal election by May 2019, but could face by-elections in two seats before that as Turnbull has said he plans to leave parliament soon and former foreign minister Julie Bishop, who stepped down on the weekend, could also quit.