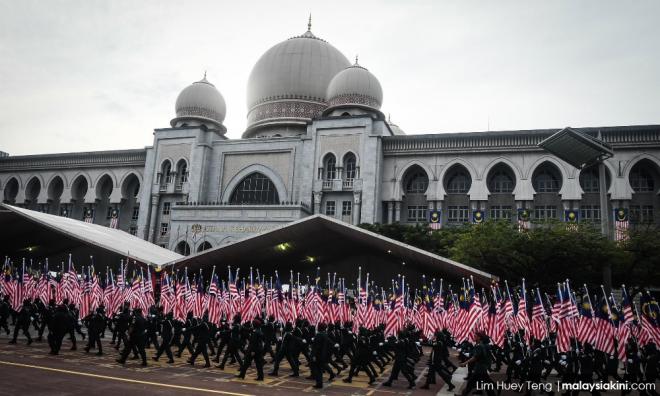 The National Day 2018 celebration today is an arena to unite all Malaysians by instilling a spirit of patriotism and importance of unity for the well-being of the nation.

Upon the arrival of Yang di-Pertuan Agong Sultan Muhammad V at Dataran Putrajaya, the ceremony which was witnessed by millions of Malaysians through their attendance at the venue and live broadcast on television and social media sites began with the singing of the national anthem, Negaraku and followed by the recitation of the Rukun Negara pledge.

A 14-gun royal salute, symbolic of the 14 states in Malaysia was executed by the 41st Ceremonial Battery of the Royal Artillery Regiment and accompanied by the hoisting of the Jalur Gemilang while the singing of the Negaraku also filled the air.

This year’s celebration is a historic milestone because of its significance in celebrating the administration of the Pakatan Harapan led federal government and new leadership with Mahathir back at the helm at the age of 93.

The choice of Putrajaya as the location of the National Day 2018 celebration, after 13 years, as host to the celebration, is also special as Dr Mahathir was the person who mooted and inspired the development of the area, previously known as Prang Besar, to become the country’s administrative centre in 1995. 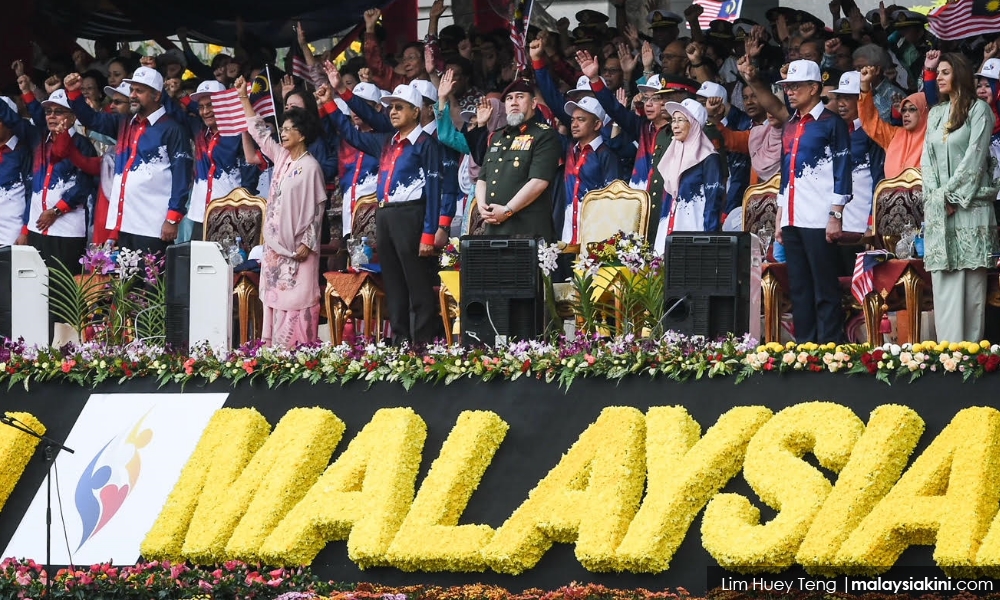 The last time the National Day parade took place in  Putrajaya was in 2005.

An estimated 300,000 people thronged the Dataran Putrajaya as early as 5am to enliven the atmosphere, bringing along their Jalur Gemilang to witness the National Day parade.

Shouts of 'Merdeka' for seven times, which was also led by Muhammad Aiman Shafiq, resounded at the Dataran Putrajaya.

A special performance, Sayangi Malaysiaku showcasing various community performances through the participation of 600 youth from the arts group, also attracted the attention of the crowd present.

Leading the parade was the 60-member contingent carrying the 80 ft by 40 ft gigantic flag.

Throughout the event, the atmosphere was enlivened by the rhythm of tunes from the integrated uniformed band of 524 members.

The convoy which was launched by Mahathir on Aug 4 in Padang Kota Lama, Penang in conjunction with the launch of the National Month and Fly the Jalur Gemilang 2018, has explored 61 destinations in Malaysia over a distance of 6,100 kilometres, signifying the country’s 61 years of independence. 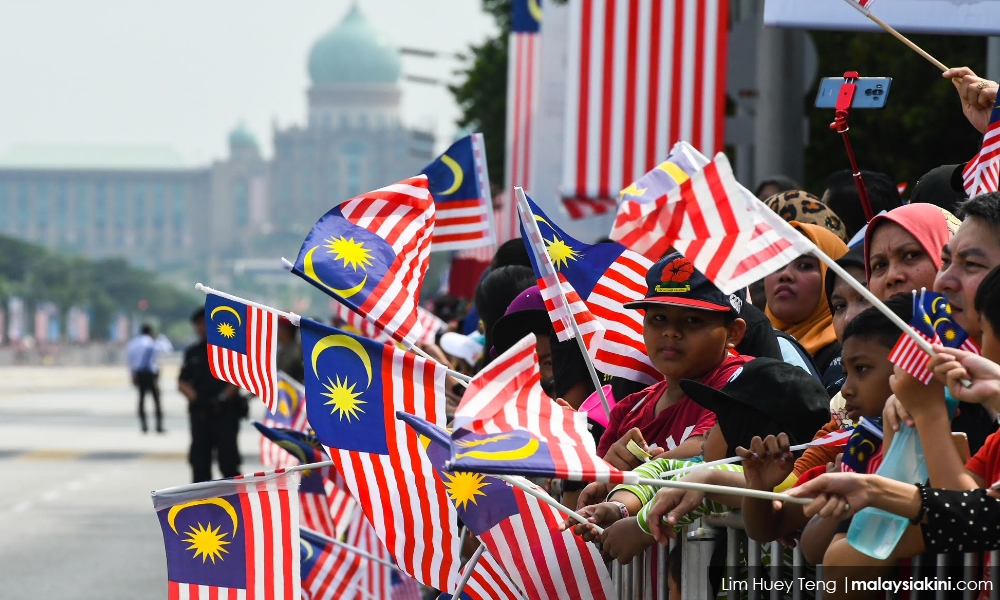 The Sayangi Malaysiaku contingent, which depicted Malaysia as comprising various races living in diversity, harmony and unity, was also participated by national athletes and people with disabilities.

The parade was also enlivened with the presence of participants from the air transport industry, Malaysia Airlines; AirAsia and Malindo, including crew members, donning their respective airline’s attire which drew loud cheers from the audience.

In the national security segment, the contingents involved in the parade were from the three branches of the Malaysian Armed Forces (ATM), namely land, sea and air, besides the Royal Malaysian Police and MMEA.

Also featured were assets of the security agencies involved.

Among the assets that were crowd pullers were the Pendekar tanks equipped with armoury system, namely the 125MM Gun and reactive armour defence. 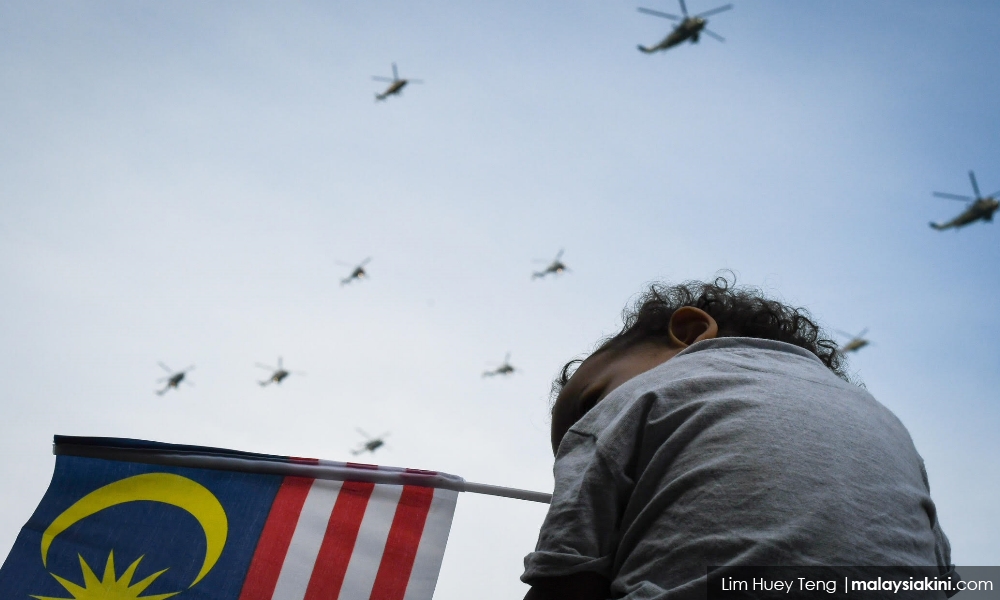 The Yang diPertuan Agong was also seen saluting as the Army 1 and Army 2 contingents passed the grand stage.

A formation of 61 by 16 Pilatus PC-7 Mark III aircraft in conjunction with the 61st Independence Day adorned the Putrajaya’s airspace.

The event concluded with the integrated people’s component which saw a special performance reflecting the unity in diversity of Malaysians that took place amid a riot of colours.

A total of 12,295 people and 475 assets were involved in the parade and procession today.