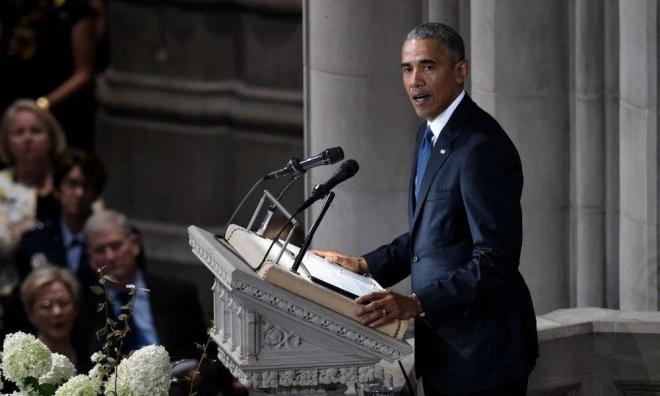 Former US presidents Barack Obama and George W Bush, once fierce rivals of the late Senator John McCain, praised him in eulogies on Saturday and joined his daughter at a memorial service in subtle and not-so-subtle rebukes of President Donald Trump.

Without naming Trump, who did not attend the service, Meghan McCain made a forceful statement condemning the president in remarks that at times drew applause and came after she said her dad told her to "show them how tough you are" with her eulogy.

"We gather here to mourn the passing of American greatness, the real thing, not cheap rhetoric from men who will never come near the sacrifice he gave so willingly, nor the opportunistic appropriation of those who live lives of comfort and privilege while he suffered and served," she said, speaking forcefully and, at times, through tears.

Trump feuded publicly with McCain and mocked his military service, continuing to knock him even after he grew ill. 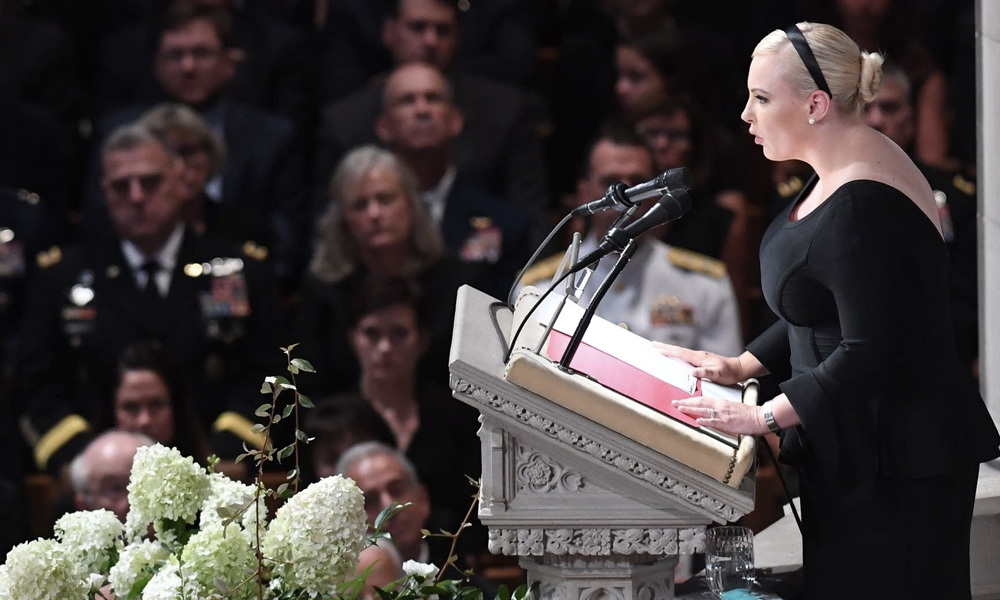 Trump, also a Republican, spent Saturday tweeting on other subjects and went to one of his private golf clubs in Virginia.

Nearly every major US political leader attended the memorial service, and while Trump himself was absent, his presence was felt. And by design. McCain asked Obama and Bush to deliver eulogies while the family made clear that Trump was not welcome.

Obama, who beat McCain in the 2008 US presidential election, hailed the one-time prisoner of war for his commitment to truth and core democratic values, qualities that some critics see lacking in Trump, a former reality television star and New York City real estate mogul.

Bush, in his eulogy, described McCain as a man with a code. 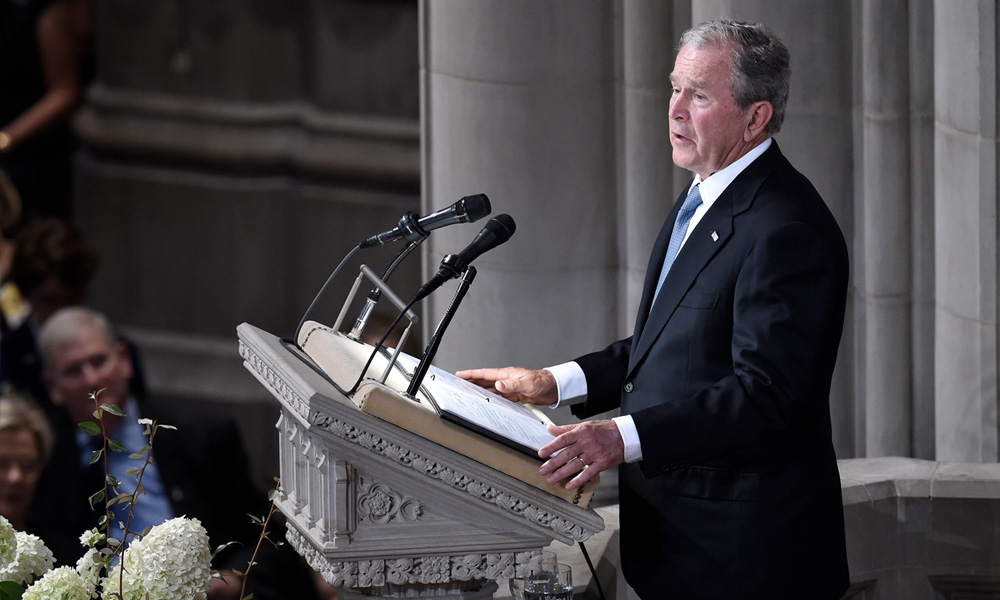 "He loved freedom with a passion of a man who knew its absence. He respected the dignity inherent in every life, a dignity that does not stop at borders and cannot be erased by dictators," Bush said.

"Perhaps above all, John detested the abuse of power. He could not abide bigots and swaggering despots."

McCain's body, which had lain in state at the US Capitol, arrived at the cathedral with a motorcade that first stopped at the Vietnam Veterans Memorial.

There his wife, Cindy McCain, laid a wreath to honor those who died in the war.

Members of the military slowly carried the coffin into the soaring cathedral and back out again after the 2-1/2 hour service.

McCain was a leading voice for revamping the country's immigration, campaign finance and environmental laws. But it was his military service, punctuated by years as a prisoner of war in North Vietnam, that moulded his political life.

Rising to the rank of captain in the US Navy, he was shot down over Hanoi while on a bombing mission in 1967. Held as a prisoner until 1973, he was tortured by his North Vietnamese captors in a jail that Americans dubbed the 'Hanoi Hilton.'

On Sunday there will be a private burial service in Annapolis, Maryland, at the US Naval Academy. McCain was a member of the Academy's Class of 1958.