COMMENT | The shocking pronouncements from the Bumiputera Congress that convened last weekend constitute the biggest let down to date since the Malaysian people voted for a “new Malaysia” with real reforms after 61 years of BN rule.

Pakatan Harapan leaders had promised that affirmative action would be needs-based rather than race-based and concerned rights activists, economists and investors alike have called for the termination of the never-ending New Economic Policy.

Alas, we have all been disappointed. There now seems to be no likelihood that we will see the end of bumiputera populism under the Harapan government.

What is worse is that the prime minister is in denial about the scourge of crony capitalism during his previous 22-year term from 1981 to 2003. Instead of apologising for his past actions and showing that he has reformed into a born-again democrat, Dr Mahathir Mohamad repeatedly tries to defend himself against charges of cronyism.

In his keynote address at the congress, he questioned critics of affirmative action policies aimed at helping bumiputera businessmen and tried to justify his past actions by saying that those labelled as cronies were actually those who were successful.

There was a touch of irony in the fact that the congress coincided with the 20th anniversary of the dramatic sacking of Anwar Ibrahim as the deputy prime minister on the back of his allegations of cronyism and nepotism against Mahathir’s government. In 1998, Anwar alleged that Mahathir had a penchant for awarding huge state contracts to his cronies.

As recently as Feb 12, 2015, DAP supremo Lim Kit Siang said that it was during Mahathir’s 22-year tenure as prime minister that Malaysia first began to “rot”, thanks to corruption and rampant power abuse. He pointed out that it was during the Mahathir administration that “he single-handedly destroyed the independence, impartiality and professionalism not only of the judiciary, but also of other important national institutions like the police, the Election Commission, the anti-corruption agency, and the civil service”.

Apart from these two politicians, the academic Barry Wain wrote in his biography of the Malaysian Maverick that during the Mahathir administration, there was wholesale distribution of tens of millions of shares in Bursa Malaysia under guise of NEP to cronies. So, it is patently untrue what the Prime Minister claimed, that those labelled as cronies were actually those who were successful.

In 1989, Mahathir made his justification clear for transferring state capital to private Malay capitalist hands, a move that apparently needed no accountability:

“The best way to keep the shares in Bumiputera hands is to hand them over to the Bumiputeras most capable of retaining them, which means the well-to-do.” (Far Eastern Economic Review, April 13, 1979) 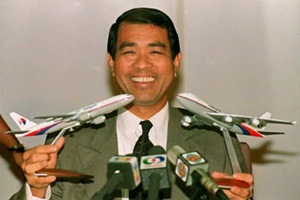 Thus, in the mid-1980s, Tajudin Ramli’s Technology Resources Industries was given an effective monopoly of the mobile phone market. Then Tajudin was allowed to buy state-owned carrier Malaysia Airlines for RM1.8 billion in borrowed funds. Invariably, Umno-linked corporate entities would get the benefit of the mandatory 30 percent of share allocation for bumiputeras during any corporate public listing or restructuring:

“With privatisation, too, Umno was used as a vehicle to transfer government holdings to private or semi-private ownership, mostly for the benefit of the same clique.” (Barry Wain 2012:114)

During Mahathir’s tenure as prime minister, three main Umno officials focused their attention on building “bumiputera capitalists”. This was facilitated after Umno was declared illegal in 1988 and its assets were required to be sold off. The three were Mahathir himself, Daim Zainuddin (who was finance minister during two phases of Mahathir’s term) and Anwar Ibrahim, who, before his downfall in September 1998, was second in power after Mahathir. All three had their respective corporate connections.

The periodic power struggles within Umno often produced unexpected revelations of great interest to the people. Thus, in November 1994, it was revealed that relatives of prominent Umno politicians had been profiting from the preferential share-allocation scheme originally designed to help ordinary Malays under the NEP. Among these were Mirzan Mahathir, son of the prime minister; Marzuki Ibrahim, brother of then deputy premier Anwar Ibrahim, and Fazrin Azwar, son-in-law of then International Trade and Industry minister Rafidah Aziz, who happened to chair the allocation committee. This information was only leaked to the public by Rafidah Aziz because she wanted to show that it was not just her son-in-law who had gained from the allocations. (Asiaweek, Nov 30, 1994)

When Anwar Ibrahim had met his fate at the hands of Mahathir in 1998, the firms linked to the former deputy prime minister were either taken over by pro-Mahathir management or those who had switched allegiance to Mahathir. Likewise, after the Mahathir-Daim split in 2001, Halim Saad lost control of Renong. This has typified the vagaries of power struggles in Umno and the economic consequences for these bumiputera capitalists. Thus, the fortunes of bumiputera capitalists did not rest on their “success” as entrepreneurs as the prime minister claims.

Serious historians have not forgotten the time how, after Anwar Ibrahim had been arrested, the Umno-owned New Straits Times began to spill the beans regarding his cronyism. The newspaper revealed that one of Anwar’s allies, former Penang Umno youth chief, Abdul Rahim Ghouse was a director and/or shareholder of 44 companies. 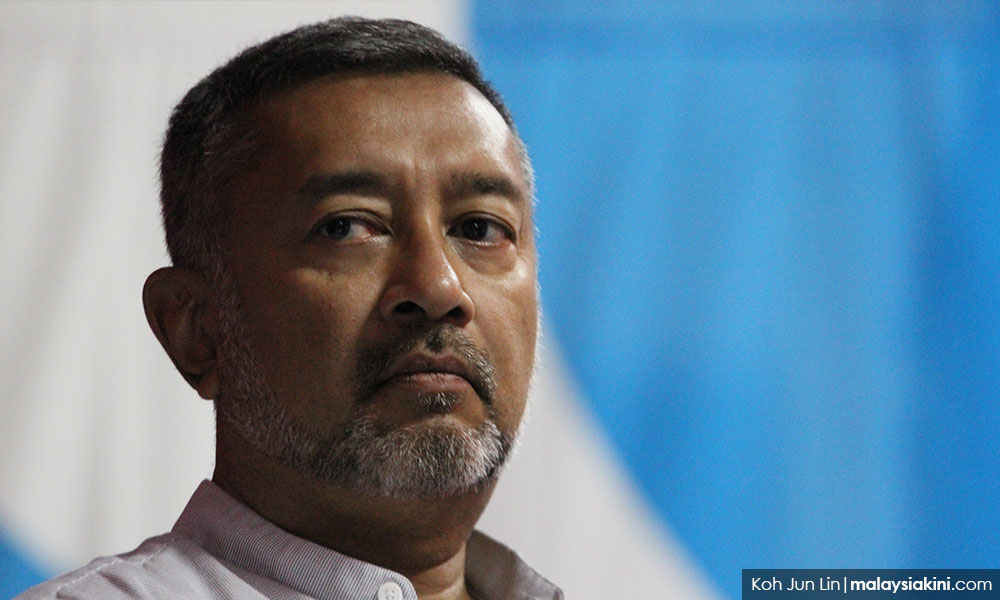 Mahathir’s favoured “bumiputera entrepreneurs” included Tajudin Ramli, Yahaya Ahmad, Halim Saad, Samsudin Abu Hassan, Wan Azmi Wan Hamzah, among others. All these nominees were presumably Umno’s nominees who were holding all these business interests on behalf of Umno. Mahathir’s own children didn’t do too badly either. In 2011, Forbes named Mokhzani Mahathir (photo) the 15th richest Malaysian, worth US$560 million.

Privatisation of public services included multi-billion projects such as the North-South Highway, water and sewerage, the Bakun dam, Light Rail Transit System and the National Train Service (KTM). The negotiated tenders mainly benefited companies linked to these favoured bumiputera capitalists. Some, for example, Renong in the LRT Phase 2 project, were also given “soft loans” paid for by taxpayers. The public pension fund, the Employees Provident Fund became a convenient source of capital for private companies such as STAR, the operator of LRT Phase 1, as well as the independent power producers.

During the financial crisis of 1997, the state provided support for favoured firms linked to the “bumiputera capitalists” after the imposition of capital controls, such as reflationary measures which included cutting interest rates and making credit more readily available to these fledgling firms. Banks were also encouraged to lend more, and to bail out troubled firms and a new expansionary budget was introduced in October 1998. 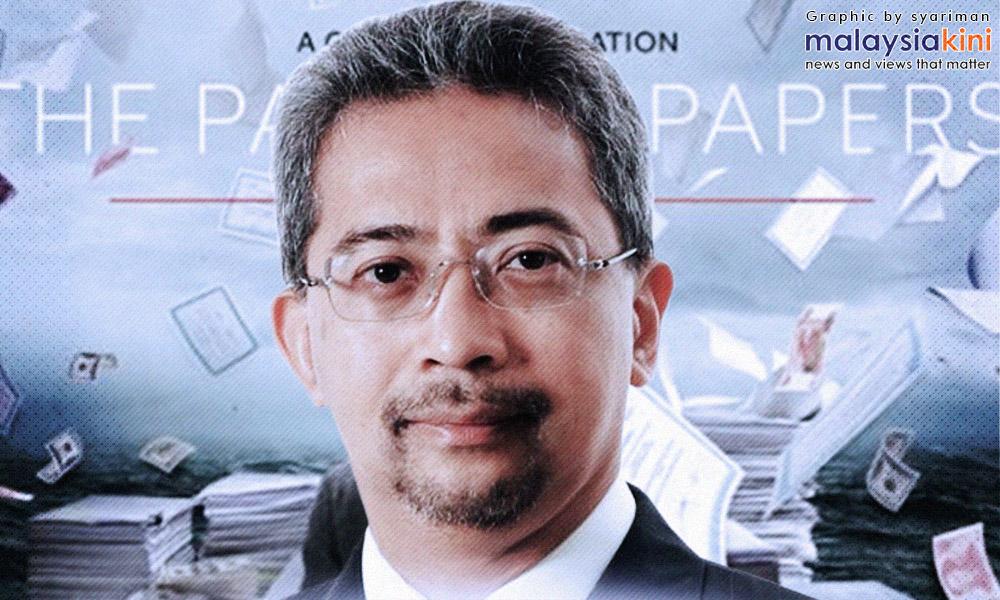 Mahathir’s son, Mirzan (photo) had shipping interests that had to be bailed out in 1998 with RM1.7 billion of Malaysian taxpayers’ money. In December 2000, the government bought back the 29% stake held by Tajudin Ramli in Malaysian Airline System (MAS), the operator of Malaysia Airlines. The price was reported to be about twice the market price, thus effectively bailing out Tajudin. The government also effected a process of consolidation, instructing 58 financial institutions to merge, creating 10 “superbanks”. At the same time, large companies, such as Renong and the Lion group were allowed to repeatedly roll over their debts with government help.

When Abdullah Ahmad Badawi took over from Mahathir in 2003, he had to deal with a railway privatisation deal that had been negotiated privately without open bidding and public disclosure. It had gone to a businessman who had no less than RM22 billion in government contracts in the previous six months, including 60 percent interest in the RM6.4 billion Bakun Dam project. (See more examples in Racism & Racial Discrimination in Malaysia.)

Thus, after last weekend’s Bumiputera Congress, we can only wait with grave concern how the prime minister intends to privatise our national asset, Khazanah, to “bumiputera entrepreneurs” as he has announced. In the first place, this national asset of ours should not be privatised – it belongs to all of us irrespective of ethnicity and all Malaysians who care about developing our national assets should defend it against any privatisation.

In Malaysia, given that it is now almost 30 years since the NEP deadline in 1990, it makes developmental sense to implement a new socially just affirmative action policy based on need, class or sector. Thus, if Malays are predominantly in the rural agricultural sector, the poor Malay farmers would be eligible to benefit from such a needs-based policy while the rich Malay land-owning class would not. Only such a race-free policy can convince the people that the government is socially just, fair and democratic.

The cost and consequences of the racially discriminatory policy in Malaysia have been immense especially since the NEP in 1971. It has caused a crippling polarisation of the Malaysian society and a costly brain drain. Any policy based on “race” is seriously flawed and questionable since every ethnic community has its rich elite and its poorer majority. Every scholar worth his or her salt knew back in the 70s what the outcome of the NEP would be – and we’ve seen how the “corrective” measures have mainly benefited the well-placed Umnoputras. Separating the control of funds by NEP “trustees” from nominal ownership by bumiputeras has led to the flouting of public accountability. As a result, without effective checks and balances, Malaysia has been beset by massive scandals like Bank Rakyat, BMF, 1MDB and others since 1971.

More potentially dangerous and insidious is the effect this widespread racial discrimination has had on ethnic relations in this country. Real unity can only be promoted through an affirmative action policy based on need, sector or class – never on race. Only then will Malaysian voters feel they have voted for a truly new Malaysia.