Review to bypass Brunei in Pan Borneo Highway a 'life-saver'

Works Minister Baru Bian said Putrajaya's decision for the Pan Borneo Highway to possibly bypass Brunei was a "life-saver" as a diversion of the highway would improve access to Sarawak interiors, boost tourism and provide access to the hospital for those living in rural regions.

In a statement, the minister said such a diversion of the Miri-Lawas-Sindumin road was "necessary" and he was already monitoring efforts to identify the best alignment for this.

He was referring to the announcement by Prime Minister Dr Mahathir Mohamad on Monday that the government was considering alternative routes after an understanding was reached with the Brunei government that the Pan Borneo Highway project, which is to connect Sarawak and Sabah, would not cut into Brunei.

In his statement today, Baru said the possible new route would open up the interior of Sarawak for agricultural activities and business opportunities for residents in the vicinity, such in several longhouses there.

"Tourism will also get a boost, as travelling to the various attractions in the area will become easier. Places such as Mulu, Mount Murud and Batu Lawi have huge potential for tourism, especially as the latter two destinations have not been promoted as tourist destinations.

"It will be a lifeline for Limbang as, at the moment, there is a highway from Miri to Temburong bypassing Limbang.

"On a more practical note, the bypassing of Brunei will make it easier for patients from the rural regions of Baram, Bario and Ba’ Kelalan to get medical treatment in Miri Hospital," Baru, who is also Selangau MP and Sarawak PKR chairperson, said.

He added that currently, patients must cross Brunei to reach Miri Hospital, but could not do so as many do not possess passports.

He said: "The much-needed diversion, therefore, is potentially a life-saver for the people of northern Sarawak." 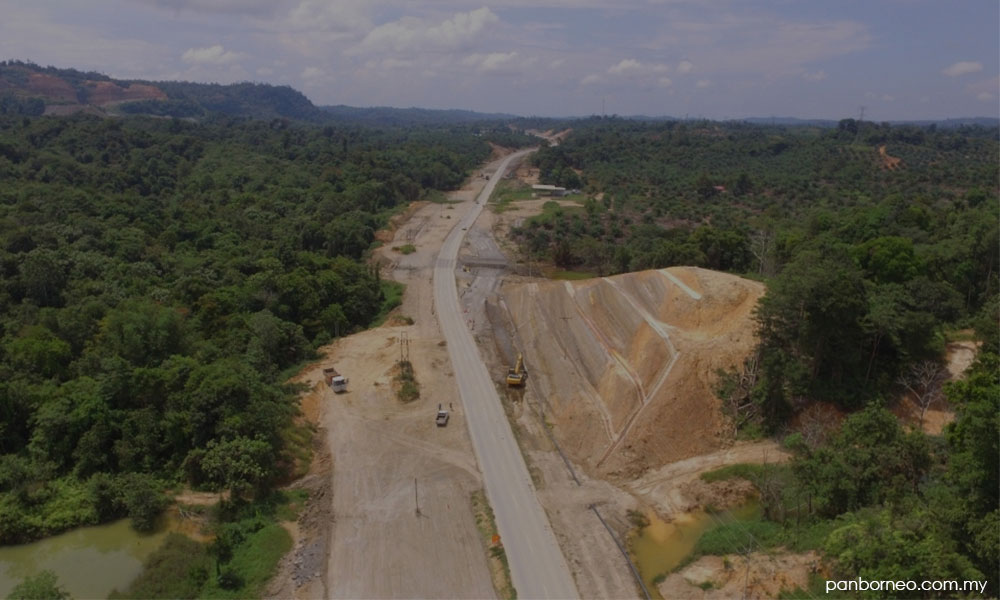 On Monday, Mahathir had said the understanding to bypass Brunei was reached after taking into account several factors, including costs and immigration requirements.

This came following a meeting between Mahathir and Sultan Hassanal Bolkiah of Brunei.

The premier had also stated that the government was studying the cause for the delay in the construction of the highway on the Sabah end.

On the latter, Baru reaffirmed that his ministry together with the Sabah government would be conducting a detailed review of the matter.

"The ministry has found that three main factors contribute to the delay in construction they being the land reclamation factor, the supply factor (building material, workforce and construction vehicles) and the delay factor in payments involving solving technical issues," the minister said in a second statement.

He said this could be attributed to the large scale of the Pan Borneo Highway project in Sabah.

He said the Sabah Land and Survey Department was taking measures to improve the process of land reclamation without affecting landowners rights while the state has instructed the project delivery partners (PDPs) to discuss with the work packages contractors (WPCs) the issues surrounding supplies.

The Sabah government has also succeeded in solving technical issues surrounding payments to the WPCs and "delays in the payment process are not expected in the future".

"For your information, payments to the WPC through the PDP will only be carried out once the claims have been checked and verified by the (federal) government," Baru said.