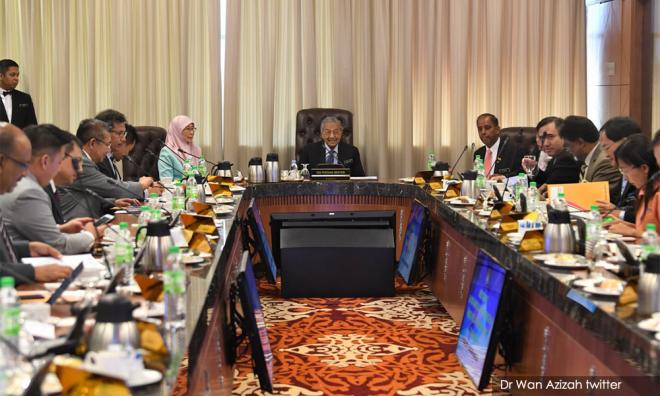 MP SPEAKS | Anyone who goes to the wet markets, where prices are supposed to be way cheaper than supermarkets, or walks into a clinic for a common cold would know that no one can live on RM262.50 a week.

As such, the RM50 increment in the minimum wage is an insult to the 15 million labour force in Malaysia.

I was stunned when the new government made the announcement as it’s disingenuous, given the fact that it contradicts Pakatan Harapan’s manifesto.

As the minimum wage should be reviewed every two years, the next two reviews will be in 2020 and 2022. With the increment of RM50 this year, it will be impossible for the government to raise the minimum wage to RM1,500 within the next five years, as pledged in our election campaign.

The insignificant increase, from the previous minimum set at RM1,000 in 2016, does not seem to take into account the rise in prices of essential goods and services.

Prime Minister Dr Mahathir Mohamad, as such, owes the public an explanation for the rationale behind the minimum wage rate of RM1,050.

A statement from the Prime Minister’s Office claimed that the decision was made after taking into consideration the recommendations made by the National Wage Consultative Council (NWCC).

But since the NWCC had recommended RM1,250, I urge the government to make public the NWCC report, together with the forecast on the impact of implementation of the minimum wage at RM1,500.

And since the popular argument is that a higher minimum wage would force companies to close down and lead to unemployment, I also urge the government to provide proof to substantiate these claims.

Given that Harapan received tremendous popular support after successfully defeating the kleptocratic BN regime in May 2018, we should fully utilise the political capital to implement the promised public policy.

As time flies and uncertainty emerges, the new government will face greater difficulty to implement a higher minimum wage.

Furthermore, the current wage structure is unjust for workers and in favour of capital owners.

According to Pemandu Economic Transformation Plan Annual Report 2010, the distribution of national income is 28 percent for employees and five percent government, while corporate owners grab 67 percent.

The previous administration committed to increase the labour income share to 40 percent by 2020.

The report argued that the upward revision of minimum wage was a strategy to raise the labour income share, which can also improve labour productivity.

This means the labour income share of Malaysia is among the lowest in the world.

The RM1,500 minimum wage is, therefore, the game changer for achieving 40 percent labour income share by 2020, the year that Malaysia has set to join the ranks of high-income countries.

More efforts are therefore needed to close the gap between productivity growth and wage growth.

As such, the minimum wage policy should be the beginning of a broader exploration of how workers are treated as opposed to hoping that the social welfare system will pick up the slack so that workers can survive. 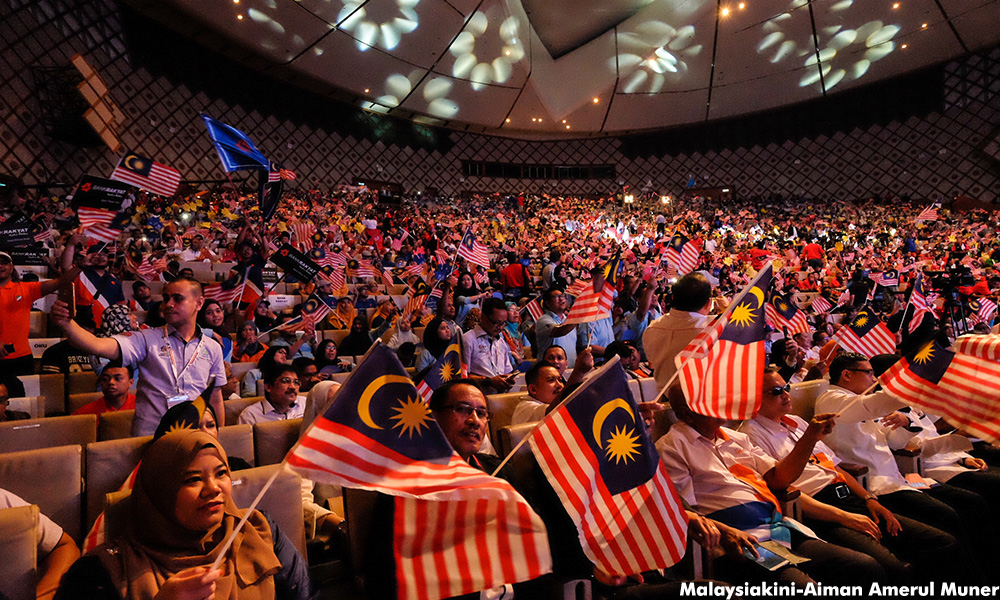 The growth of wage has been suppressed and a function of a weak and contained labour movement in Malaysia.

The previous administration had imposed restrictive laws to discourage trade unions and a collective bargaining process.

Harapan government needs to do better.

Considering the escalating inflation and planned phase-out of Bantuan Sara Hidup Rakyat, stagnation of wages will render people incapable of coping with the pressure of high cost of living.

We can’t possibly have forgotten the Unicef report that revealed fifteen percent of children who lived in low-cost flats in Kuala Lumpur are underweight while 22 percent have stunted growth.

The same report said 52 percent of households do not have enough money to buy food in recent months, twelve percent of children have less than three meals a day, and one in three families do not have social protection such as EPF, Socso and insurance.

These poor families will face greater misery if the new wage structure is not in favour of workers.

In its 2017 Annual Report, Bank Negara pointed out that the expenditure of the bottom 40 percent (B40) of Malaysian households had expanded at a faster pace compared with their income.

Looking into the low wage conundrum, it proposed a living wage benchmark to allow for an acceptable living standard.

Prime Minister Mahathir must therefore immediately review the minimum wage to improve, promote and protect the well-being of workers, who were the largest voting bloc that voted for Harapan in the last election.

CHARLES SANTIAGO is the Member of Parliament for Klang.