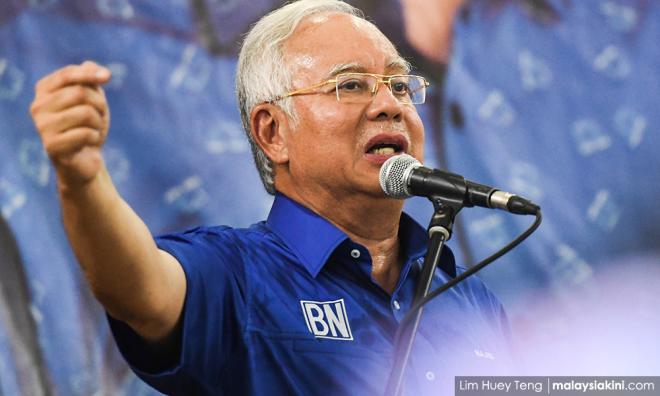 Former prime minister Najib Abdul Razak has unveiled several documents which he claimed would clear his name amid allegations against him.

He posted a copy of a letter that purportedly came from Prince Saud Abdulaziz Al-Saud of Saudi Arabia on his Facebook account, along with several "Swift" messages between banks.

Najib said the late Saudi King Abdullah Abdulaziz Al-Saud had provided him and Malaysia with various assistance including financial donations, but had asked for the matter to be kept under wraps.

“Since I am no longer prime minister and King Abdullah is dead, I feel it is fitting that I reveal the following documents to clear my name of various accusations and slander.

“I, with my lawyers have taken some time to get these documents from banks, but we have succeeded in getting most of them. The documents are for contributions in 2011 only. The authorities and banks have the same documents,” he wrote.

Najib said he would address more issues in detail in future media interviews or Facebook posts and back them with proof, including the RM2.6 billion that was transferred into the same bank accounts in 2013.

In an exclusive interview with Malaysiakini, he had insisted that the RM2.6 billion in his account was also a donation from the Saudi royal family.

The letter is dated Feb 1, 2011, and pledges to give US$100 million for Najib to use as he sees fit in recognition of his contributions to the Islamic world, such as by reintroducing Islamic values to the rest of the world and launching the Global Movement of Moderates.

The letter is similar in style and wording to the letter revealed by the Australian Broadcasting Corporation (ABC) in 2016, but the ABC letter was dated Nov 1, 2011 instead and pledged US$375 million.

The broadcaster reported that Prince Abdulaziz Majid had pledged various sums of cash at various times, ranging from US$100 million on Feb 1, 2011 to US$800 million on March 1, 2013.

The other documents posted by Najib today are four Swift messages, each detailing transactions to Najib’s AmPrivate Banking account in 2011, totalling almost US$100 million.

Two of the documents named “Prince Faisal bin Turkey bin Bandar Alsaud” as the remitter of the funds, totalling US$20 million. These transactions were made on Feb 23, 2011, and June 10, 2011, for US$10 million each.

However, it is not clear which member of the Saudi royal family “Prince Faisal” is.

The name does not exactly match the name of any person who can immediately be identified as a member of the Saudi royal family.

In its court filings, The US Department of Justice (DOJ) had claimed that Najib’s bank account had received US$10 million on the same dates as Faisal’s 2011 transactions.

However, it said the money came from a bank account held in the name of “Saudi Associates 1 & 2” who are described as Saudi nationals and associates of the financier Low Taek Jho and Low’s associate and proxy, Eric Tan.

The DOJ said money in the Saudi bank account originated from 1MDB, and had been misappropriated in the “Good Star Phase” of the scandal.

Meanwhile, another two documents provided by Najib named the Saudi Ministry of Finance as the source of the funds, totalling nearly US$80 million.

Najib said these gifts are in addition to other “priceless” gifts such as the Kaaba’s cloth cover and increasing Malaysia’s haj quota by 20,000 people in 2010.

“This happened after the Arab Spring in late-2010 that was ongoing in Islamic countries in the Middle East and Africa, including Saudi Arabia’s allies.

“The late King Abdullah was very worried at the time and acted by paying leaders and governments in Islamic countries large sums of money to maintain stability. At the time, the price of oil was at its highest and Saudi Arabia had a lot of income from it.

“He also had the same concerns when he learnt that there may also be a Malaysian Spring at the time because Malaysia is also an Islamic country, although not located in the Middle East or Africa.

“In view of these concerns and our close relations, in early-2011, His Highness promised to also provide funds for me and the party for use in Malaysia. As with the kiswah and the additional haj quota, he didn’t want these contributions publicised. There are several witnesses when this promise was made,” Najib said.