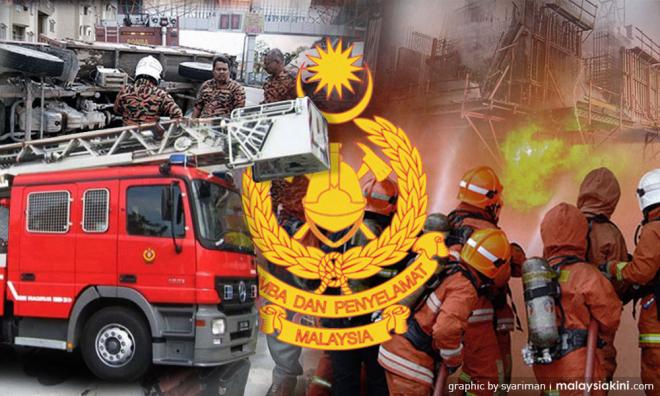 Plan for fire station in areas with 10,000 people - minister

The Housing and Local Government Ministry has plans to create a fire and rescue station in areas with a population density of 10,000 which will make the response time quicker when catering to emergencies from the community.

Its minister Zuraida Kamaruddin said the plan was to build a Class D category fire station (that catered to basic fire and rescue operations) nationwide in such areas.

"If the proposal is to be implemented, we will place officers at each station as this will facilitate them in providing fire-fighting services and in rescuing victims in the event of unexpected incidents,” she told reporters after visiting the Penang branch of the Fire and Rescue Department in Batu Kawan today.

Meanwhile, commenting on critical allowances for 14,700 Fire and Rescue Department personnel and officers, Zuraida said the ministry would come out with a decision after discussions on the matter with the the Public Service Department (PSD).

She said that she believed the RM250 critical allowance would be given as the the department had presented a working paper to get the approval of several government agencies. It is currently awaiting the decision of the PSD.

"I am fighting for the allowance for firefighters and officers and hope they are all patient as there has been a delay following the change in the new government," added Zuraida.

She said the allowance was necessary considering the many risks that firefighters had to put up with.

Zuraida also encouraged the spirit of volunteerism in the community by urging them to set up a volunteer firefighting squad.

“The volunteer firefighting squad can expedite the process and response by carrying out early rescue measures, while waiting for firefighters to arrive,” she said.