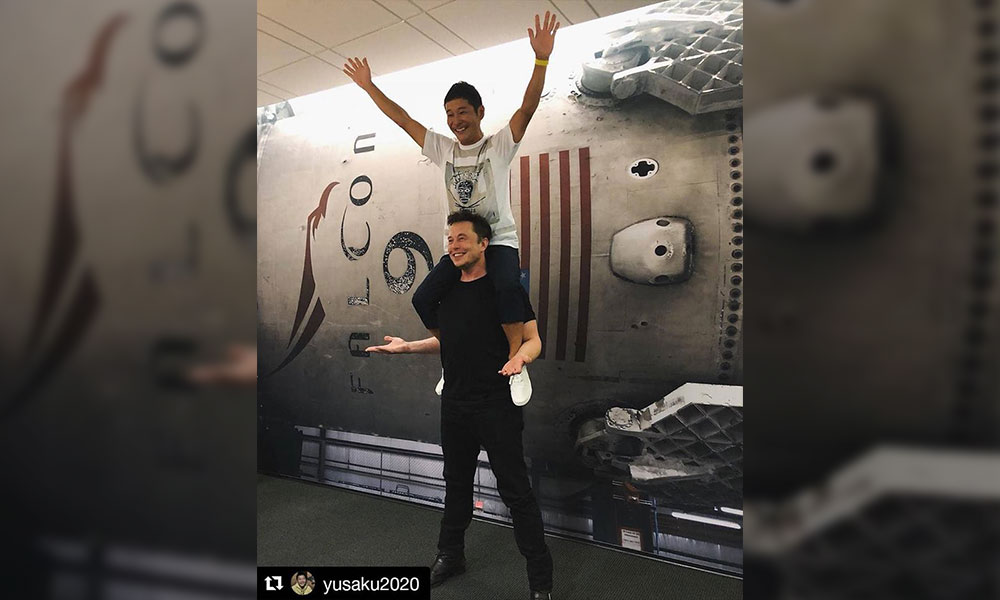 Japanese billionaire Yusaku Maezawa is set to become the first private paying customer to ride around the Moon aboard SpaceX's next-generation rocket, the Xinhua news agency reported on Tuesday.

SpaceX revealed on Monday that Maezawa, the founder of Japan's largest online clothing retailer site Zozotown, wanted to join the programme in 2023, and he would invite six to eight artists to come on board since he "bought all the seats."

Maezawa, 42, with a real-time net worth of US$ 2.9 billion dollars, is also an avid art collector.

SpaceX founder Elon Musk tweeted that Maezawa would be "bringing eight (brave) artists and cultural figures with him on the journey around the moon."

The company considered the trip as an "important step towards enabling access for everyday people who dream of travelling to space."

Musk said the Big Falcon Rocket (BFR) is still in development. Under the current design, the BFR will be 118m long with a payload capacity of 1,100 cubic metres and 100 tonnes.

It will have seven Raptor engines, each capable of 200 tonnes of thrust.