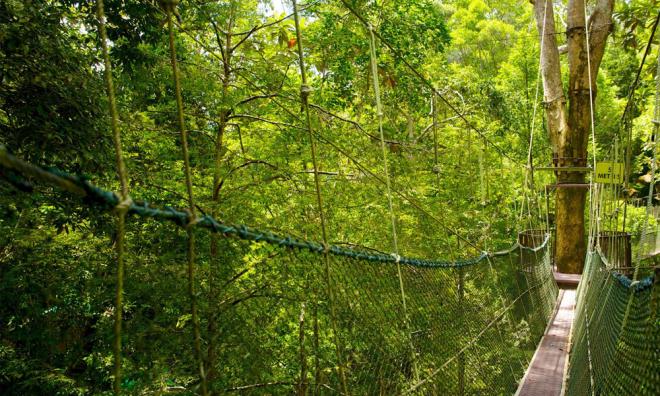 Malaysia is committed in its effort to maintaining the natural forest cover of more than 50 percent of its total land mass, as pledged at the 1992 UN Rio Earth Summit, said Primary Industries Minister Teresa Kok.

Therefore she reiterated that all oil palm areas in the country were undertaken in the designated land reserved as land banks for agriculture under state or alienated land, and not planted on permanent forest reserve.

"As such, no deforestation is undertaken or allowed in permanent forest reserves," she said when addressing the International Palm Oil Sustainability Conference (IPOSC) 2018 in Kota Kinabalu today.

She said all forestry agencies had their own Geographical Information System (GIS) and were also using advanced technologies such as Light Detection and Ranging as well as Hyperspectral system to facilitate the agencies in carrying out their duties.

"The forestry agencies in Malaysia are closely working together and collaborating in sharing sustainable forest management and technical expertise under the umbrella of the Ministry of Water, Land and Natural Resources in satellite mappings," she added.

On another note, Kok said she would lead a mission to some European capitals like Brussels, Spain, Madrid and Switzerland at the end of this month to initiate bilateral dialogues and strike up further collaboration with European industries in support of palm oil and overcome many of the negative perceptions against the commodity.

"Our mission will show Malaysia's keenness to engage Europe at the official and industry levels and it will also be the groundwork for further collaboration when the European Parliament reconvenes late autumn and re-engages with various issues on palm oil," she said.

Meanwhile, she also said her ministry would continue with their efforts to promote the recognition of the Malaysian Sustainable Palm Oil (MSPO) certification internationally.