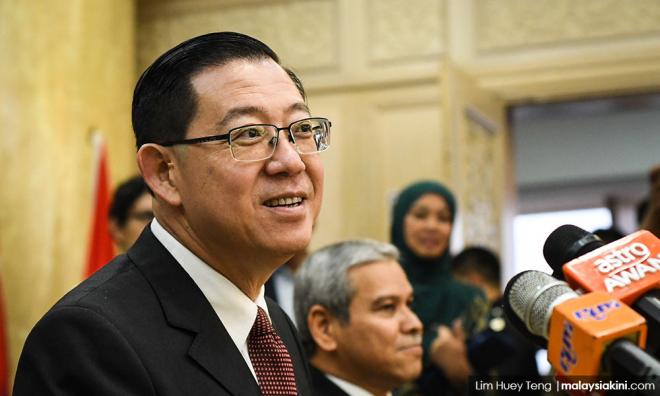 Rising prices not entirely due to SST, says Guan Eng

The increase in the prices of goods and services is not entirely due to tax elements such as the Sales and Service Tax (SST) as other factors also influence the price movements, said Finance Minister Lim Guan Eng.

He said these included imported goods, depreciation of the ringgit, festive seasons, smuggling activities, drought in producing countries, and profiteering by businesses and traders to reap excessive profits.

“Basically, prices of goods and services are determined by demand and supply in the market," he said during an interview on Bernama News Channel’s (BNC) “Ruang Bicara” programme here tonight.

Lim urged the people to become wise consumers by taking actions like lodging reports to the Ministry of Domestic Trade and Consumer Affairs, boycotting overpriced products and exposing wrongdoings by going viral on social media.

He said consumers should buy goods and services when they were absolutely necessary, compare prices and get value for money for the products purchased, and make market research beforehand.

Lim said the government was committed to easing the financial burden of the people, especially the bottom 40 per cent of household income group (B40).

Through the improved SST implementation, the government has returned an estimated tax collection of RM23 billion to the people.

“With the return of this tax collection, it is hoped that it will stimulate consumer demand and increase investor confidence and thereby, boosts the country's economic growth," he said.

Lim said the SST only accounted for 38 per cent of the Consumer Price Index basket of goods compared with 60 per cent under the Goods and Services Tax (GST).

He said the government has also introduced measures to ease the burden of the B40 group, which included exempting various goods from the SST.

The SST exempt goods include sardines, dairy products, tea, chilli sauce, tomato sauce, cereals, yoghurt, kaya, margarine and motorcycles under 250cc and bicycles, he said, adding that for fishermen, they were no longer subject to tax for the purchase of fishing boats.

Lim said tractors and fertilizers were no longer subjected to tax as imposed under the GST where unregistered farmers were burdened with the tax on fertiliser purchases before.

For the housing sector, he said construction materials such as sand, bricks and cement were no longer taxable, while for healthcare and hospital services, healthcare consultancy and administration, and medical and ambulatory services were not subjected to the SST. - Bernama