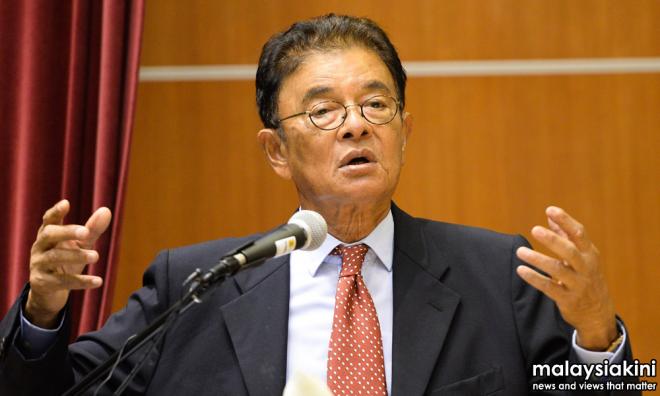 The Human Rights Commission of Malaysia (Suhakam) has proposed the setting-up of a separate ministry for children, in response to the latest reported case of alleged sexual abuse involving nine tahfiz school students in Kepong by their school principal.

Suhakam chairperson Razali Ismail said this was as the commission is extremely worried over the growing number of children who became victims of violence and abuse, due to failures of the Women, Family and Community Development Ministry, as well as the Education Ministry.

“Both ministries and the new government are failing to meet acceptable standards for child safeguarding and do not seem to be learning properly from what went wrong to improve matters in the future.

“Suhakam advises that the child protection structure that the new government inherited from the previous government cannot be an excuse for persistent inaction,” he said.

Given the ministries’ collective failure to prevent child abuse cases and protect its victims, Razali reiterated Suhakam’s stand that the government should set up a ministry for children, with technical expertise on the promotion and protection of the human rights of children.

Razali pointed out that just three weeks prior to the latest case, an eight-year-old boy in a tahfiz school in Kuantan was physically abused by his teacher who threatened to cut off his genitals.

He also highlighted that in July this year, another tahfiz school teacher was arrested for alleged sexual abuse of a child.

“The government cannot afford to treat such cases as isolated incidents of abuse, and schools cannot any longer go unmonitored with the excuse of being independent and/or private,” he said.

While reiterating Suhakam’s support for tahfiz education, Razali said the growth of unmonitored tahfiz schools is a matter of great concern.

“This is because most of these schools do not operate after having complied with safety and health standards or regulations, or have policies in place to vet potential staff and teachers intending to work with children to assess if they may pose a threat of physical or sexual violence against children.

“There appears to be no guideline or policy to this effect by either the Women, Family and Community Development Ministry or Education Ministry,” he said.

He also noted the government’s ongoing plans to reform the education system, calling on the relevant ministers to not leave tahfiz schools behind.

Among others, Razali said tahfiz schools should be subjected to compulsory registration with the Education Ministry and provided with operating licenses.

“The interests of adults and the government’s desire to escape criticism or avoid controversy cannot be allowed to take precedence over the needs of children who are becoming increasingly vulnerable in Malaysia Baru,” he added.