COMMENT | Not content with being the eighth worst country worldwide for the production of plastic waste, we now learn that local factories have been importing and recycling plastic waste from Western countries, amongst others, after China had banned imports of such plastic waste. We are told there are more than 114 plastic recycling factories that are active all over Malaysia and that does not include the illegal plastic waste factories.

While China, had taken the bold step of banning the import and processing of plastic waste, Malaysia is now en route to earning the dubious reputation of being a global plastic dumping ground.

This raises more questions than answers. How do illegal operators manage to import such waste, past Customs? How did they build such large holding premises and burn plastic on a massive scale emitting carcinogenic fumes into the neighbouring population, without being brought to task by the authorities?

We need answers to all these questions and immediate action to stop such practices and the ensuing serious pollution in the states where these factories are located, namely, Selangor and Penang.

Nevertheless, there seems to be no sense of alarm or environmental crisis from the Pakatan Harapan government. The Housing and Local Government Minister Zuraida Kamaruddin has responded by saying that the government is proposing that a levy be imposed on plastic waste imports in a bid to better manage the problem of plastic pollution from the recycling industry. She also said the process to obtain approved permits (AP) on plastic waste imports will also be made more stringent.

China was the dumping ground for more than half of the world's trash since the 1980s and, at its peak, the country was importing almost 9 million metric tons of plastic scrap a year. The country started importing waste to fuel a growing manufacturing sector but a lack of effective supervision resulted in the country becoming a major polluter. China has since closed down tens of thousands of factories that polluted and has pushed for greater use of renewable energy.

How are we ever going to attain a high-income status when we depend on the imports of plastic waste, when we can barely cope with recycling our own plastic waste in a sustainable manner? 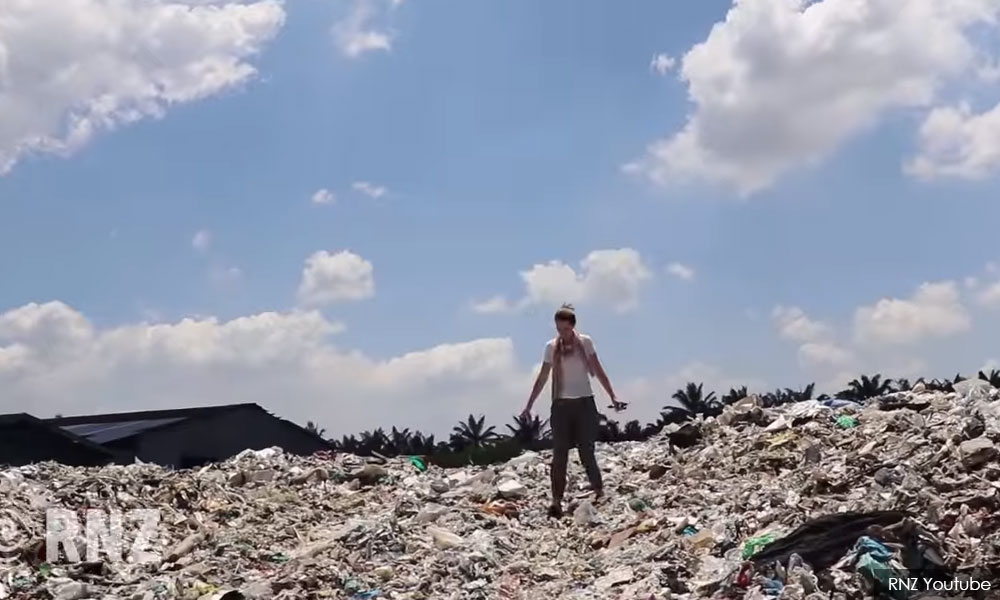 Why are the authorities blind to the existence of illegal factories?

The enforcement agencies do not give us confidence, with their lack of professionalism. The minister has added that in Kuala Langat alone, there are 24 illegal plastic waste factories, with another 17 already ordered to close down.

Now, one can understand the difficulty of enforcement agencies in clamping down on illegal smugglers because they are constantly on the move. But how do illegal factories escape the attention of the authorities unless there is gross neglect and/or corruption involved?

These factories have not only been importing plastic waste from foreign countries, they have also been burning toxic waste to the annoyance of residents in the area. So how do the environment and the municipal authorities fail to detect and apprehend the culprits?

The Harapan government has yet to show us its blueprint for a “new Malaysia” that is different from the previous BN government. The government should lead in the development of renewable energy and not rely on the private sector to suggest profitable but environmentally harmful and socially destructive projects. A people-centric government will enforce recycling measures and responsible waste disposal. It is the height of irresponsibility to allow the imports of plastic waste when we have reached crisis proportions in the management of our own plastic waste.

As the Prime Minister has reminded us to “Look East”, learn from Japan and China, let’s follow in the footsteps of these two Asian economic giants, which have implemented a number of environmental measures, including the ban on plastic waste import. We call upon the Harapan government to ban the imports of plastic waste and close all illegal factories immediately.