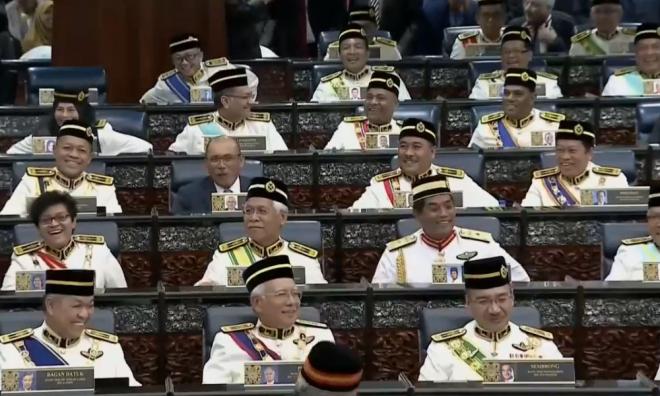 BN unveils shadow cabinet, Najib not in it

BN has finalised its shadow cabinet that consists of MPs from Umno, MIC, MCA and Parti Bersatu Rakyat Sabah (PBRS).

"The committee will play a 'check-and-balance' role for each ministry. It will serve as 'policy watch' and formulate alternative policies to compete with Pakatan Harapan," said the Ketereh MP.

For starters, Rembau MP Khairy Jamaluddin, who has been assigned the finance portfolio, will work with all other JKP members on an alternative budget.

Annuar said MPs from Gagasan Sabah and Gabungan Parti Sarawak are encouraged to join the committee.

He made no mention of PAS in his statement despite both parties having made overtures to each other, helped each other in recent by-elections and attended each other's national delegates meetings.

At a press conference this afternoon, Annuar said both BN and former prime minister Najib Abdul Razak felt that the latter's participation in the committee was unnecessary.

The full list of JKP members are as follows: