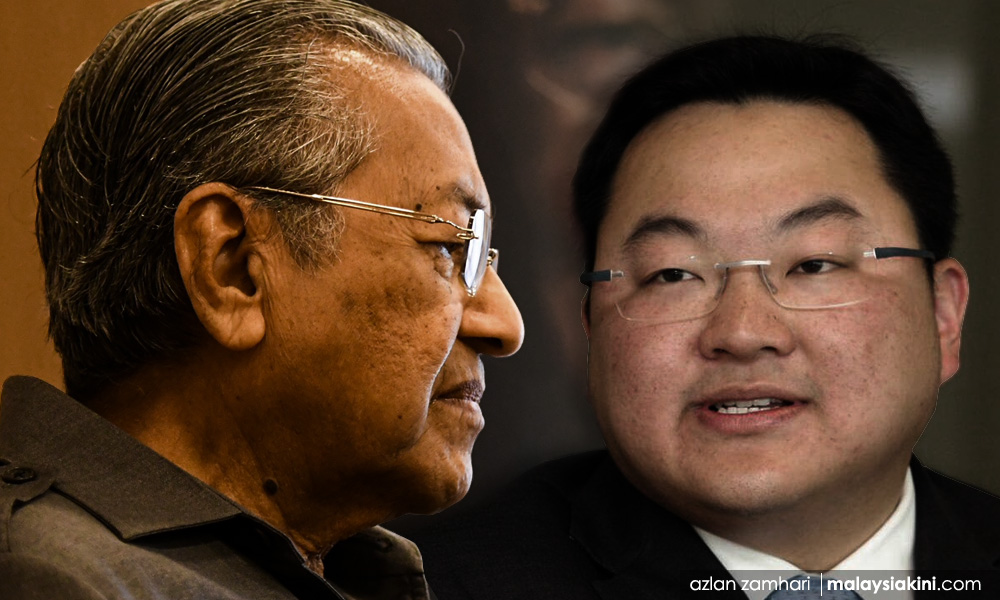 PM: 'Private efforts' being made to repatriate Jho Low from China

“It is quite tricky for us to accuse China of hiding him, so we are trying to work out some ways or private efforts to get back Low from China,” he was quoted as saying by The Star.

He said this when asked about whether Low was in China, during a meeting with the US Council on Foreign Relations in New York.

Mahathir also rubbished allegations that Low might be an intelligence asset for Beijing.

However, he quipped that China may be using him as leverage.

"Well, (laugh) maybe he’s a bargaining chip or something like that," he said when pressed on why China had not extradited Low.

He also said that Malaysia did not have an extradition treaty with China.

Meanwhile, on a separate matter, Mahathir said the Saudi Arabian government had not yet shown any proof that they had donated funds to former prime minister Najib Abdul Razak.

"If they really did give the money to Najib, just show us the evidence. So far, no evidence,” he said.

Najib had previously claimed that US$681 million transferred to his private accounts in March 2013 were a Saudi donation.

However, prosecutors claim these funds were misappropriated from 1MDB.

Najib has been slapped with 21 charges for money laundering, and four charges for abuse of power over the funds.

The misappropriation is believed to have been facilitated by Low, who is alleged to be the mastermind behind the 1MDB scandal.

The US Department of Justice believes more than US$4.5 billion had been misappropriated from 1MDB.