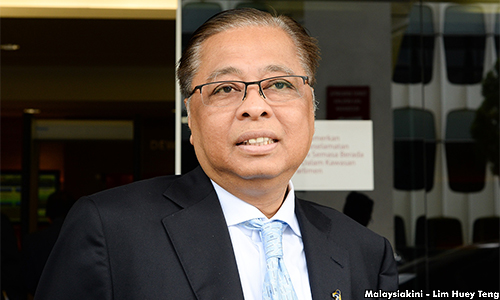 Umno says will not help PAS campaign in PD polls

This is because Umno had previously decided to boycott the election which has been fixed for Oct 13, he said.

"PAS understands that when we say boycott, that means we boycott the whole election. If anyone from Umno wants to contest as an independent, we will still not support.

"That means, we not only will not help PAS but even those from Umno who want to contest there. We will not get involved in the election in any way," Ismail was quoted telling Free Malaysia Today.

Yesterday, PAS president Abdul Hadi Awang said the party will field a candidate who is a "worthy opponent" to PKR president-elect Anwar Ibrahim who is contesting the parliamentary seat for PKR.

BN has announced it would boycott the election, this after discussions between the coalition's component parties.

The seat was vacated for Anwar by its outgoing MP Danyal Balagopal Abdullah to facilitate the former's return to Parliament.