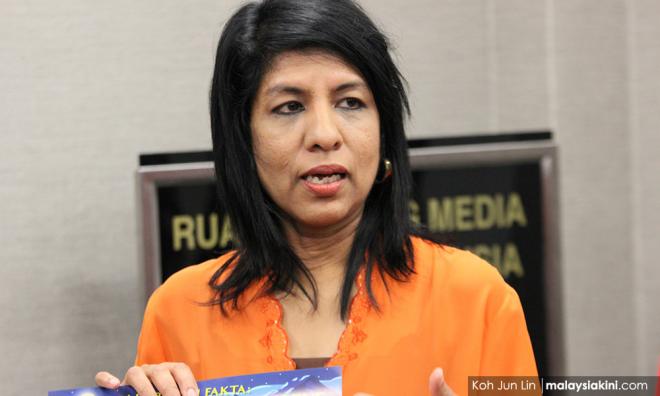 The head of an anti-corruption watchdog has branded Malaysian actress Michelle Yeoh as a “cheap opportunist”.

This was after it was reported that she would be teaming up with Ivanhoe Pictures to produce a movie based on the Billion Dollar Whale book, which chronicles the 1MDB scandal and the exploits of its alleged mastermind Jho Low.

“Cheap opportunists like this should have no place in the new Malaysia,” tweeted Cynthia Gabriel, who is the executive director for C4 this afternoon.

“Mana ada integrity? (Where is the integrity?) Before regime change, she was all over (former premier) Najib (Abdul Razak) and co...,” she added.

Gabriel was also a member of the special committee which probed the 1MDB scandal. The committee was set up after the May 9 general election.

Previously, Yeoh had been reported as expressing support for the former premier.

In 2013, the actress courted flak on social media when she sang praises of Najib during a gathering organised by the Federation of Chinese Descendants of Selangor.

“We have a leader here who has done so many good things and will do more.

“I hope from the bottom of my heart that he will remain as the prime minister and I ask all of you to give him a strong mandate,” she said.

In January this year, Yeoh had praised Najib for the manner in which he handled the Rohingya refugee crisis.

“We are very proud to recognise the fact that he was the one who championed this in the first place, as a good neighbour and doing the right thing as a human being.

“Our PM has shown great leadership together with the Bangladeshi government, with our partners in Saudi (Arabia) and UAE (United Arab Emirates),” she said.