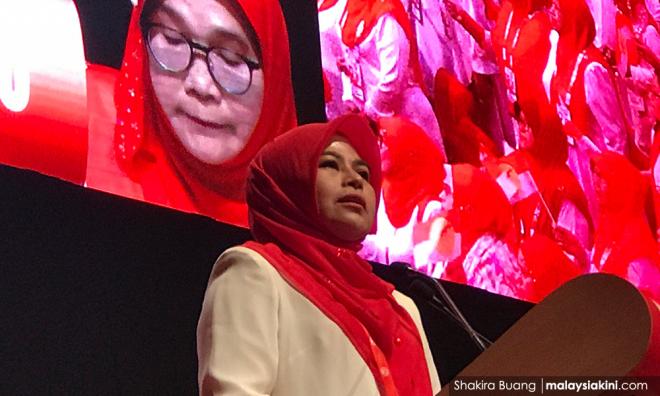 Take action against those who quit Umno, demands Wanita chief

The Wanita Umno chief believes this would to prevent more leaders from following suit and further dent Umno's representation in Parliament.

“Apart from that, it is about loyalty to the party. When they offered (to be candidates in GE14) they were in Umno, meaning that it is the party machinery that helped them win.

“Today, we urge the Umno president himself take action against them because we need to put a stop to this,” she told a press conference after delivering her speech at the 2018 Umno General Assembly at the Putra World Trade Centre today.

Since the general election, a total of 13 Umno assemblypersons and five MPs, including prominent leaders Mustapa Mohamed and Anifah Aman, have left the party.

In her speech, Noraini said elected representatives who quit Umno should vacate their seats.

“Although they have not broken any civil law, they have violated a social contract,” she said.

Noraini also called for the party to implement a pledge of allegiance to prevent more members from making their exits.