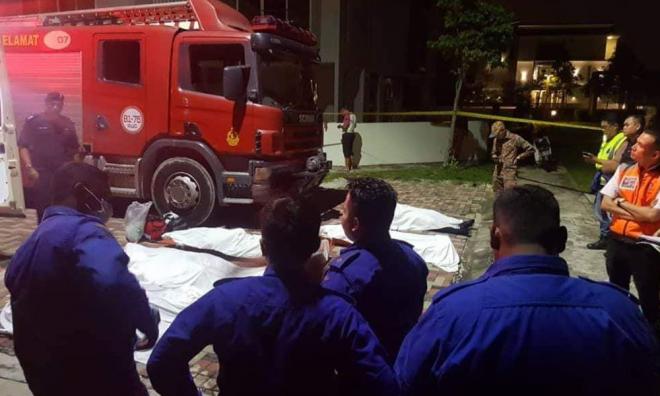 Six divers from the Shah Alam fire and rescue station drowned during a search and rescue operation at a mine in Selangor today.

According to the department's spokesperson, the divers were involved in the search of a 17-year-old boy who had fallen in the Putra Perdana mining pond, near the La Cottage housing area, at around 7pm.

The bodies of all six divers have been retrieved but the fallen victim is yet to be found.

"Medical personnel present at the scene made attempts to resuscitate the retrieved men, but to no avail.

"All six were pronounced dead at the scene," added the spokesperson.

The spokesperson further noted that information on the tragedy will be updated from time to time.

The 17-year-old had fallen into the mining pond during a fishing outing with two of his friends earlier in the evening.

Cyberjaya Fire and Rescue station’s operations commander Roslan Long said an emergency call was received at 5.19pm and the search and rescue team arrived at the scene about half an hour later.

Roslan said the three of them had yet to start their fishing activities when one of them fell into the mining pond.

“The two friends then informed the nearby residents to contact the fire and rescue department,” he said, adding that the Water Rescue Team (PPDA) from the Shah Alam fire and rescue station is involved in the search and rescue operation.