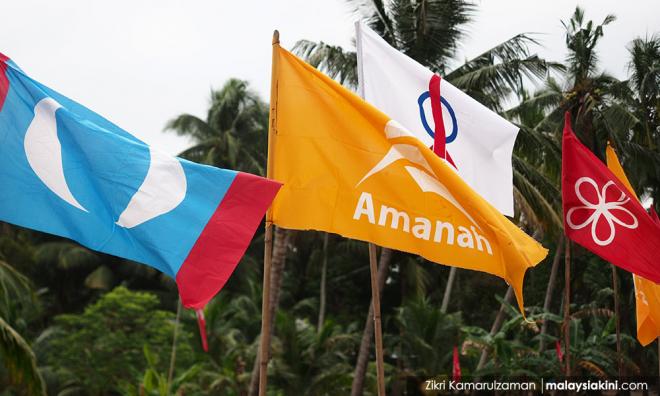 COMMENT | From my personal observations, I think Malaysia is still trying hard to adapt and get used to what happened after May 9 this year. It isn’t easy coming to terms with the fact that change has happened in a country that has never seen a change since independence 61 years ago.

It would seem like Malaysians are now deeply divided about how they think the country should move forward ever since the kleptocratic BN government lost and the new Pakatan Harapan government has now become the ruling party, giving many people ‘hope’.

When I say that Malaysians are divided, I don’t mean it in a very concerning way as if we are a polarised society (although there is that, as we all know). All I’m saying is that there are common groups of people based on what they think should be happening with the new change. That’s all.

The first group of people are those who have always supported BN and they continue to support the coalition. They will defend the party and their stand no matter what happens. These are the die hard supporters. Elly Suriaty Omar comes to mind.

It’s either they are totally blind by the fact that their party (which, honestly, really is just Umno) has problems that make them an irrelevant party today, or they have just been reaping too much benefits that they can’t see any other way to live their lives.

I met one of them recently, who happens to be a friend. I had not seen him since the elections and when I bumped into him at a shopping centre recently, we greeted each other cordially (we were college mates so that means we’ve known each other for more than 20 years).

I commented on how he had lost weight (I was sincere!). He laughed and said that it was because his party was no longer the ruling government, hence he isn’t fat anymore. He added that we have to wait a bit and see if any Harapan members will start getting fat soon...