Speaking to Berita Harian, Pahang mufti Abdul Rahman Osman said Mujahid had no authority over religious enforcement in the states which is under the respective state's Islamic departments.

He also said raids were not conducted on a whim and that religious authorities could only act when there were complaints.

Perak mufti Harussani Zakaria and Negeri Sembilan Mohd Yusof Ahmad, meanwhile, were both reported as saying that it was the authorities' responsibility to prevent and discourage vice.

"We will be in the wrong if we don't prevent it. We must prevent vice wherever it happens," Harussani told Sinar Harian.

Mujahid had, in an interview with The Star today, said religious authorities should not be conducting raids to prevent, for example, alcohol consumption or khalwat (close proximity) by Muslims in their private sphere.

Although noting that such raids were under the jurisdiction of the state religious authorities, Mujahid reportedly said he has engaged the various religious agencies to convince them to adopt the stance of the federal authority.

He cited how a contemporary of the Prophet Muhammad once confessed to adultery but the Prophet refused to acknowledge his confession.

"Someone should not embarrass themselves by admitting to sin and others should not expose it if they know it.

"Instead, as Muslims, we must help guide these individuals to the right path," he said.

Asked about how vice could be prevented, Wan Salim suggested that hotels, for example, could refuse to give rooms to couples who were not married. 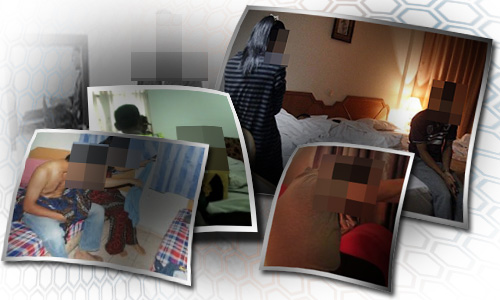