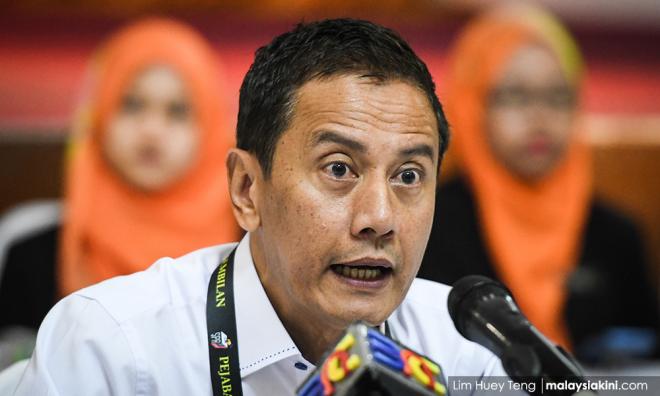 PD POLLS | The Election Commission has reminded cabinet members and politicians holding government position that they should not indulge in campaigning activities during working hours for the Port Dickson by-election.

EC chief Azhar Azizan Harun said in a statement today that campaigning activities during working hours were an abuse of the working hours.

"They (cabinet members) should be aware of the difference between their tasks as members of the government administration and party leader or member,” he said.

Azhar added that cabinet members should never use government assets or facilities for campaigning purposes.

He pointed out that announcements of development projects in Port Dickson or pledges if a particular candidate wins could possibly become and election offence and could be used as grounds for invalidating the election in any election petition that might be filed.

On the issue of approval being given to PKR de facto leader Seri Anwar Ibrahim to enter military camps while the PAS candidate was denied entry, the EC proposed that the military camps also gave equal opportunity to all candidates subject to whatever security procedures of the camps.

“It is not fair if one candidate is to be allowed to campaign in the military camps while other candidates were not allowed to do so,” Azhar said.

He said the EC took note that there were campaign activities that had resulted in negative reaction among the people and could taint the election process and good democratic practice.