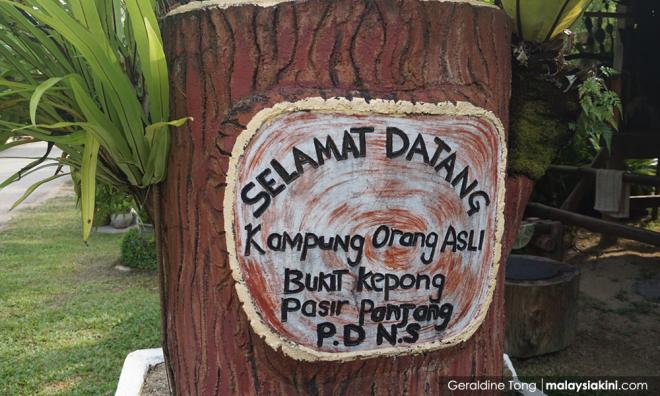 PD POLLS | Nestled among the hills and jungles along the main highway at Pasir Panjang is a small Orang Asli village named Kampung Bukit Kepong.

Formerly named Kampung Mati (Dead Village) after the cul-de-sac at the end of the road leading to the village, about 100 Orang Asli families of the Temuan tribe live there in houses made of wood and bricks.

Kampung Bukit Kepong folk, who have previously always voted for BN, is now hoping that Port Dickson by-election's Pakatan Harapan candidate Anwar Ibrahim will be the one to help them with their problems.

"For 61 years, we wore the old clothes and now they are torn, so we get new clothes.

"We believe that the villagers here are fully supportive of Harapan," said 61-year-old Omar Goming, who is the tok batin (village elder) at Kampung Bukit Kepong...