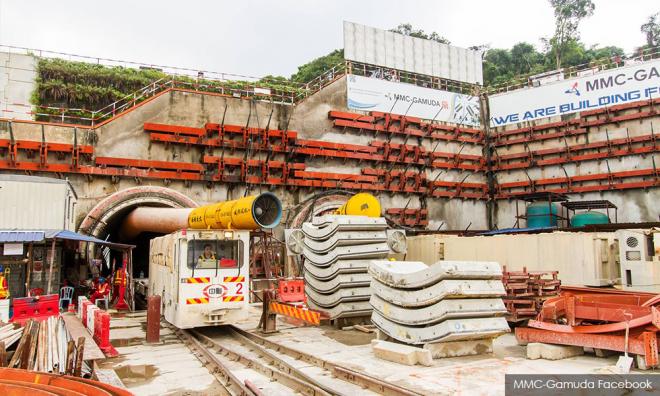 The termination of MMC Gamuda as the contractor for the RM16.71 billion underground portion of the MRT2 project would result in immediate job losses, said the firm.

In a statement this evening, MMC Gamuda said this would affect over 20,000 personnel involved in the underground works from a supply chain of more than 600 Malaysian companies.

“This will cause unnecessary hardship to a significant number of Malaysian workforce in an already slowing market.

“In addition, the termination will unjustifiably expose the firm to a flood of lawsuits from terminated employees, sub-contractors, suppliers, manufacturers, etc, whose contracts will similarly be terminated due to no fault of theirs,” it added.

With regard to the international re-tender exercise intended by the Ministry of Finance (MOF), MMC Gamuda said unless MOF significantly lowers the requirements, only foreign contractors would be eligible.

“The award will invariably be given to a foreign contractor who in turn will use experienced staff from their own countries,” it added.

Yesterday, Finance Minister Lim Guan Eng (photo) announced that the underground portion was cancelled after Putrajaya and MMC-Gamuda could not reach an agreement. 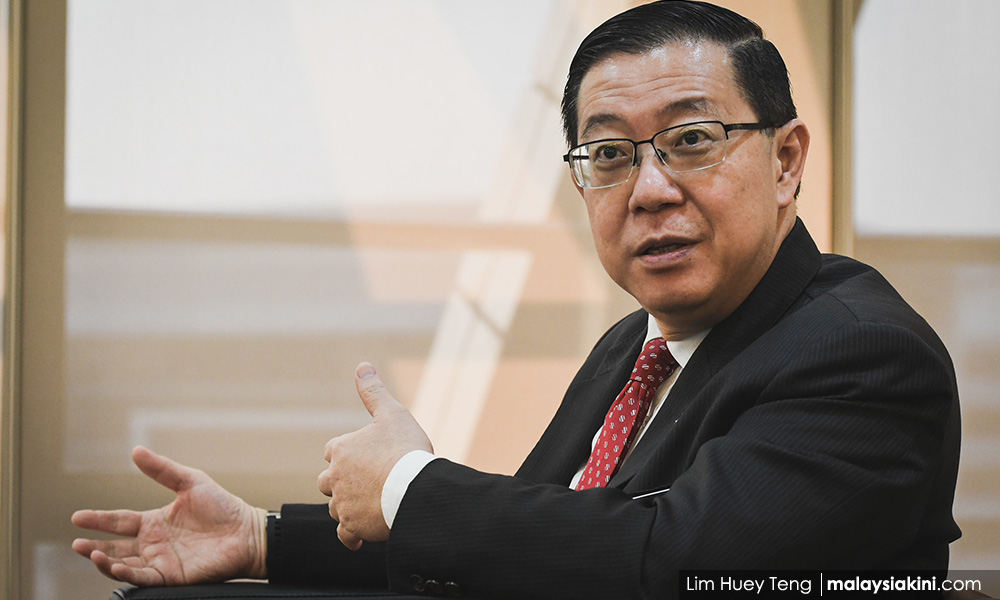 Malaysiakini reported that the government would have to fork out RM16.71 billion in compensation due to the cancellation.

However, MMC Gamuda said that apart from the minister’s press release, it had not received any communication from MRT Corp, and thus have no official confirmation that they had been terminated.

The joint venture between the two construction giants Gamuda Bhd and MMC Corporation Bhd said it is in support of the government’s austerity measures and had been in negotiation for two months to strike a compromise on the cost reduction.

It said the incomplete portion of the underground works is currently valued at RM9.6 billion, and the MMC Gamuda is offering to reduce it by RM2.3 billion (24 percent).

This would be done by reducing the number of stations from ten to six, as well as reducing the scope of works and specifications of the stations.

However, it said although the MOF has informed that a RM2.3 billion cost reduction is inadequate, the government has not conveyed the cost reduction target it has in mind.

“If the target figure is made known together with the component of the savings as individual items, both parties would be placed in a better position to re-examine these components from where savings could be derived and narrow the differences […]

“MMC Gamuda remains open to further discussion with MOF and is amenable to cooperate with MOF in reaching an agreeable reduction. Our perception of the latest cost gap is that it is an amount which is not unbridgeable.

“MMC Gamuda believes that MOF’s aim of achieving savings is best done by both parties reaching an acceptable compromise instead of terminating the contract and re-tendering the remainder of the underground works,” it said.

It added that when the project was awarded in 2016, MMC Gamuda was one of five companies that passed pre-qualification and is the only local company to do so. MMC Gamuda’s bid was selected by MRT Corp’s consultant as the winning bid because it had the highest technical score amongst the five contractors as well as the lowest price.

The overall price of RM15.47 billion for the underground portion of the MRT 2 project was even lower than the pre-tender estimate prepared by the consultant, it said.

It added that the high cost of the project is primarily driven by two factors: The higher scope and specifications compared to the MRT 1 project including the complex geology of the work sites, and safety requirements.

For example, it said the scope calls for larger floor spaces and a fivefold increase in the number of underground entrances and pedestrian walkways.

It said MMC Gamuda had offered cheaper alternatives during the initial tender process that do not compromise the work’s safety, performance, and functionality, but MRT Corp rejected the proposal.

“These reductions currently on offer to MOF include some of these alternatives but only those applicable to the balance of the underground works."

Meanwhile, it said geological challenges of the MRT2 work sites mean there is a high risk of sinkholes, and stringent safety requirements cannot be relaxed in order to ensure that insurers would insure the project.

As for the government’s claim that MMC Gamuda would have offered further cost reductions, the company said this claim is premised upon a review conducted by a local engineering firm appointed by MOF.

It claimed MMC Gamuda’s technical staff refuted a significant part of the review’s findings on technical grounds as being too simplistic and arising from lack of relevant experience.

It said MRT Corp has a large staff of experts in relevant fields, and its Aug 27 report on the review’s findings were similar to MMC Gamuda’s views.

It said the company had urged the MOF on Aug 8, Aug 21, and Sept 24 to appoint an international consulting firm with relevant experience to conduct another review, and this could have helped MMC Gamuda and the government reach a compromise.