In a statement today, Rozman announced that he had made the decision because he wanted to foster better relations with the Warisan-led Sabah government and to better develop the Federal Territory of Labuan.

"After much thought and listening to views from multiple parties, for the future of Labuan and the welfare of the Labuan people, today I announce my decision to enter Warisan even though I personally have no problems and actually enjoy being an opposition parliamentarian.

“... It had to be done in the interest of Labuan, to face economic challenges where many have lost jobs, shut their businesses and had to auction their assets or even leave Labuan for a more secure future.

“... As an MP, I need to be together with the government of the day and be on the correct platform to ensure Labuan and Sabah are united on the political front in order to develop both areas successfully,” Rozman explained.

Specifically, he said he wanted to develop Labuan’s tourism and oil and gas industries together with the state government.

While not an official component party of Pakatan Harapan, Warisan is in alliance with the federal ruling coalition and is part of the Pakatan Harapan government.

'Labuan should be represented in state assembly'

Rozman also said that he had faith in Prime Minister Dr Mahathir Mohamad’s commitment to honouring the Malaysia Agreement 1963 (MA63).

“Thanks be to God, the PM has stated his commitment to realising this agreement.

“I am also happy with Sabah Chief Minister Shafie Apdal’s statement to me, where he promised that both the federal and state governments will give adequate attention to Labuan,” he said.

In light of his entry into Warsian, the lawmaker called for Labuan to be represented in the state legislative assembly.

“I would like to urge that there needs to be a representative from Labuan in the Sabah State Legislative Assembly, through the appointment of an assemblyperson from Labuan as what happened previously,” he said.

Rozman's departure from Umno brings the party's total number of MPs to 48, meaning it is no longer the largest party in the Dewan Rakyat.

PKR now holds the most seats with 49, but will gain one more seat should the party’s president-elect Anwar Ibrahim win the Port Dickson by-election this Saturday. 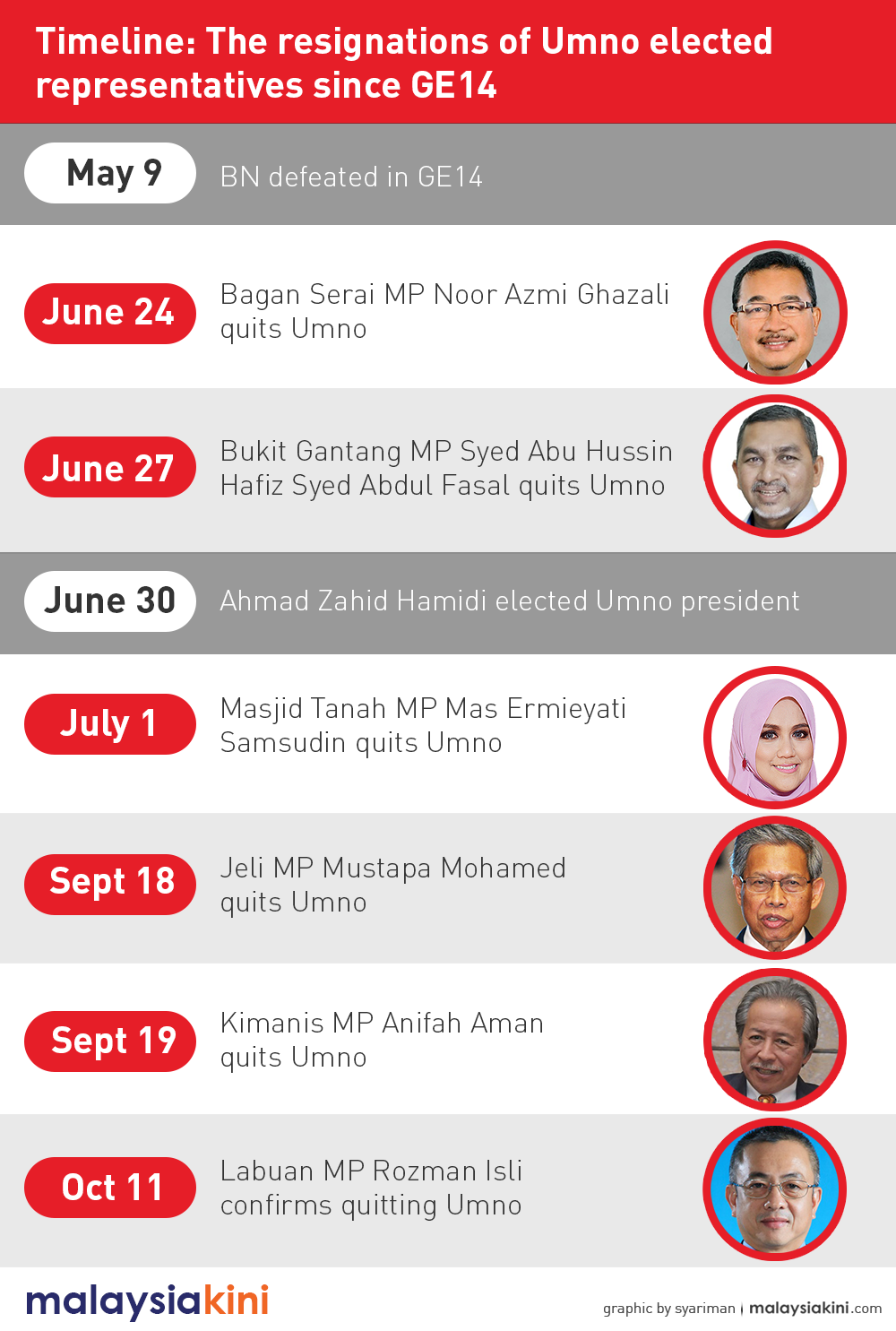