Several rulers had campaigned against Dr Mahathir Mohamad to prevent him from becoming prime minister again, veteran newsman A Kadir Jasin has claimed.

“It is common knowledge that several sultans were explicitly and implicitly campaigning to stop Mahathir from returning to the political arena.

“I support Wan Azizah for repeating what happened because it explains and confirms the guesses of many people on the night of May 9 and May 10, 2018.

“Every word spoken and the body language exhibited at that critical moment must be recorded officially as a guide for the present government, as well as a sign for future generations,” Kadir said, adding that his remarks were made in the capacity of a blogger, and not as an aide to Mahathir.

Mahathir, 93, was sworn in as prime minister on May 10 after Pakatan Harapan defeated BN, which had been in power for six decades, in the 14th general election the day before.

Although Kadir did not mention details, the former group editor-in-chief of the New Straits Times Press noted that the Kelantan palace had stripped Mahathir of his Darjah Kerabat Al-Yunusi (DK) title three months before the election.

“Revoking the title is seen as a rejection of Mahathir by the Kelantan palace,” he said.

The present Agong is also the Sultan of Kelantan.

At a recent event with Malaysians in Jakarta, Wan Azizah (photo) said she had turned down the post of prime minister to honour Harapan's promise to voters that Mahathir would be number one and she, number two. 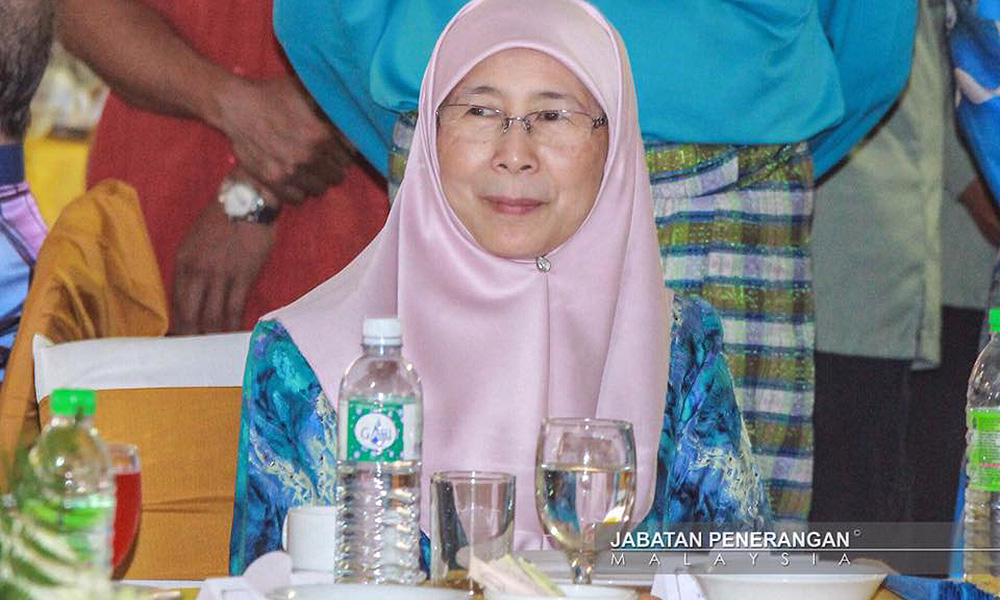 The PKR president had been offered the position in accordance to the convention, where the leader of the party with the most seats in the Dewan Rakyat becomes the prime minister.

The convention notwithstanding, Kadir said it was common knowledge that Mahathir was Harapan's prime minister-designate.

“In the context of GE14, an agreement was made earlier on and made known to the public that the prime minister would not be the leader of PKR but Mahathir, who is the Harapan chairperson.

“Therefore, the rakyat and the whole world knew the prime minister candidate was Mahathir and not anyone else,” he added.

Malaysiakini has contacted Istana Negara for comment and is awaiting an official response.

It is often mentioned that Mahathir and the rulers have a strained relationship.

During his first tenure as prime minister from 1981 to 2003, Mahathir had removed certain legal immunity accorded to members of the royalty and instituted a special court for rulers.

In the run-up to the May 9 general election, Mahathir courted flak from the sultans of Selangor and Johor over his remarks concerning former prime minister Najib Abdul Razak's Bugis ancestry.