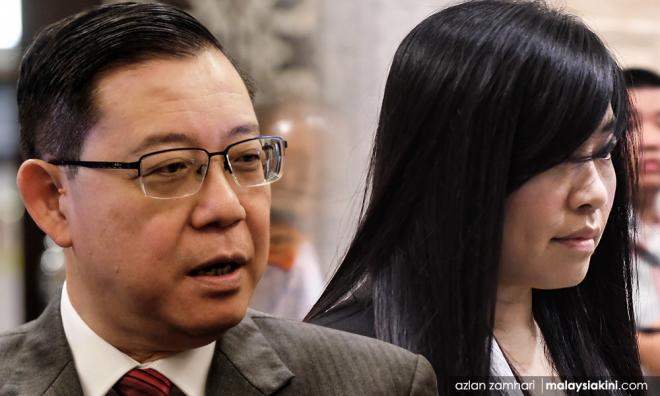 Judge Hadhariah Syed Ismail said Mohsin, as the complainant in the case, had no locus-standi to file the application.

"The applicant is the complainant in this case and not the accused. For criminal cases, according to Article 145 of the Federal Constitution, only the attorney-general has the power to conduct or discontinue (any proceedings for an offence) and not the court.

"Other people cannot speak, the attorney-general has the power. Like it or not, we have to follow Article 145 of the Federal Constitution," she said.

For criminal cases, she said any dissatisfied parties could file an application at the Court of Appeal.

Hadhariah said Section 278 of the Criminal Procedure Code clearly showed that the court cannot alter or review the judgement.

Outside the courtroom, lawyer Gunamalar Joorindajn, representing the complainant, said she would file an appeal at the Court of Appeal in Putrajaya soon.

Mohsin filed the application middle of last month to obtain an order for the Lim and Phang’s acquittal and discharge to be reviewed.

In the application, made under Section 278 of the Criminal Procedure Code, Mohsin named MACC deputy public prosecutor, Lim and Phang as the first, second and third respondents, respectively.

On Sept 3, the High Court acquitted and discharged Lim and Phang of the corruption charges following applications by the lawyers for them to be fully acquitted of the charges.