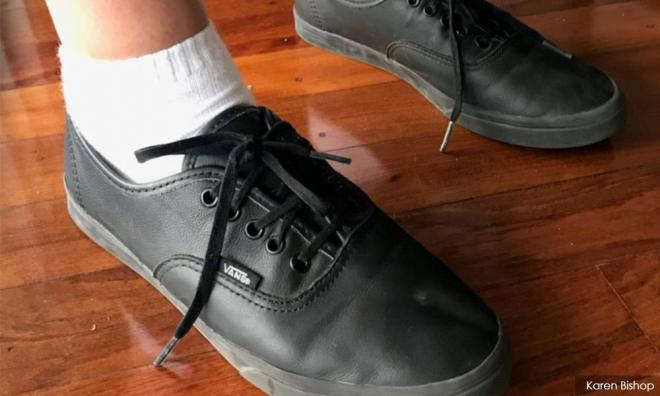 The requirement for students in government and government-aided schools to wear black shoes to school will only be fully enforced in 2021, said the Education Ministry (MOE).

The ministry, in a statement today, said the regulation would be enforced in stages beginning next year.

“During the transition period, students are still allowed to wear all white shoes to school,” it said and urged school administrations to not yet enforce the regulation on the wearing of black shoes to school.

It said parents, too, need not be hasty to provide black shoes for their schooling children as students still had the option of wearing white shoes until 2020.

The decision was made after taking into account the views of all interested parties, including parents, teachers, Parent-Teacher Associations and school shoes suppliers, said MOE.

Last July, Education Minister Maszlee Malik was reported to have said that students would wear black shoes to school from next year as many parents complained that white shoes soiled easily.

The statement raised concern from various quarters, including the Malaysian Retailers Association on the possibility of manufacturers and retailers not being able to meet the demand for black shoes.

Following which, Maszlee then said the government agreed to give a year for all quarters to prepare. - Bernama