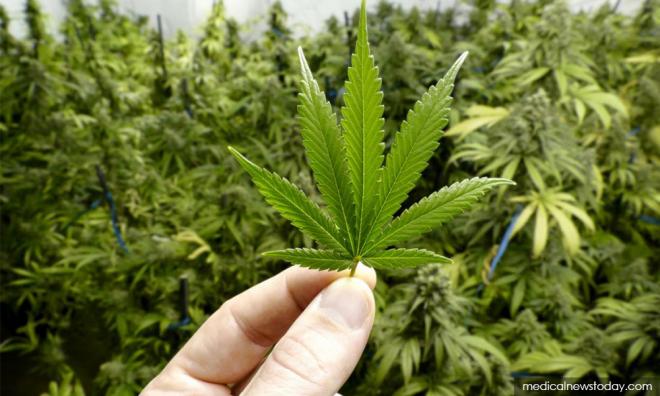 ADUN SPEAKS | Legalising marijuana for medical use is one area that Putrajaya should seriously consider as more and more people are diagnosed with cancer every year.

The National Cancer Society of Malaysia estimates that one in every four Malaysians develop cancer by the time they are 75 years old.

However, more research and studies are needed before any medical marijuana is approved for use so that it will not be open to substance abuse.

However, if all sides have been considered, planting marijuana could also become another source of revenue for our country.

Some countries like Canada, Australia and the United Kingdom have either legalised or started the process to explore allowing medical marijuana.

Malaysia can learn from these countries and the outcome of their approved usage, before implementing them in our country.

In Southeast Asia, Thailand has expressed interest to legalise research on the effects of marijuana on humans. And while it is true that Malaysia should not be too far behind, we should also proceed with care and ensure that any changes made are within the Malaysian context.

Decriminalising marijuana is the next logical step in laws pertaining to healthcare.

As opposed to synthetic drugs, marijuana, when administered properly, is widely known to be a source of natural cure with medicinal values.

The use of marijuana to treat cancer symptoms dates back at least 3,000 years, according to the National Institute of Cancer in the United States of America.

It is claimed that the use of cannabinoids, an active compound found in marijuana, helps to relieve pain, spasms, inflammation and convulsions.

READ MORE: Medical marijuana: How does the evidence stack up?

Currently, cannabis oil and marijuana are available to cancer patients through unregulated sources, and the sooner we study the matter, the better it will be for everyone.

In Malaysia, it only takes 400 grams of marijuana to be considered as drug trafficking, an offence which carries a death sentence. At the very least, we have to reclassify cannabis as legal for controlled use, and revisit cannabis-related cases to modify the charges and judgments. The Dangerous Drug Act 1952 will need to be revised.

In the case of Muhammad Lukman, who was found guilty and sentenced to death under Section 39B of the Dangerous Drugs Act 1952, it is commendable that leaders such as our Prime Minister Dr Mahathir Mohamad and Permatang Pauh MP Nurul Izzah felt that Muhammad Lukman should not be sent to the gallows.

Mahathir had asked for the verdict to be reviewed while Nurul had said she would write to the attorney-general seeking a pardon for Muhammad Lukman. Meanwhile, Water, Land and Natural Resources Minister Dr Xavier Jayakumar seeks to reform the laws governing medical marijuana.

I feel obliged, in my capacity as a lawyer and a state assemblyperson, to support this move as the intention for Lukman being in possession of the said marijuana was purely for medical purposes and not for recreational use.

A similar case involves a man who practiced traditional Chinese medicine in Singapore and was charged with trafficking in 1997.

Ng Yang Sek was later sentenced to two years' imprisonment by the appellate court on the reduced charge of being in possession of the drugs that he used to treat patients.

Amarjeet Singh, the trial judge in Ng's case hoped that the decision in Ng's case, being a “persuasive authority from Singapore's highest court will bear consideration in respect of any final outcome in Muhammad's case.” (Singapore Academy of Law, 16 Oct 2018)

In conclusion, there is still much to learn about medical marijuana and the benefits might outweigh its risks. And since legalising this currently illegal drug is a great possibility in the future, let us start with showing compassion and humanity towards Muhammad Lukman.

Whereas the law provides, the judge still has an obligation to rely on his higher wisdom to interpret an action within the context of its intentions. In this case, Muhammad Lukman deserves clemency.

JASON ONG KHAN LEE is the assemblyperson for Kebun Bunga.