COMMENT | Building from my previous article that defended the utilisation of nuclear power sources for electricity generation, I will now focus on the science behind nuclear waste management.

Quite rightly, as many readers were quick to point out, my last article did not touch upon waste management in any measure of significance. The reason behind this mysterious omission is not due to me being in any way a shill of the industry or funded by big nuclear. Trust me, if I were, I’d have a fancier website.

That article was in response to Dr Mahathir Mohamed’s scoffing of nuclear energy as being unsafe and his eagerness to focus on coal. Moreover, I wished to also capture the flaws in the counter-arguments against Mahathir’s speech which focused on renewable energy sources, mainly from the perspectives of safety and scale.

Let us first define what nuclear waste is. Generally speaking, there are three categories of nuclear waste, namely:

Of these, LLW makes up around 90 percent of the total amount of waste generated by nuclear power plants. These include scrap metal, paper and plastics which have been contaminated with radioactive material or exposed to neutron radiation. These wastes are sent to be processed and disposed at certain sites which are purpose-built yet are not dissimilar to normal municipal waste disposal sites.

Existing disposal facilities have very strict limits on radioactivity for LLW. LLWs that exceed this amount, like graphite from reactor cores, must be considered when developing long-term disposal options for higher level wastes. However, LLW of this type form only a very small proportion of the whole. LLWs of very low levels of radioactivity can also be disposed of in authorised landfill sites alongside commercial and municipal wastes, with strict limitations of course.

Traditionally, LLWs are stored in repositories by first grouting (immobilising with cement) inside metal containers. Once full, the metal containers will be fitted with a cap. However, further processing may be done beforehand to reduce the amount of waste produced. These include recycling metals of low radioactivity, incineration of certain wastes (like plastics and textiles), cutting and supercompacting. All in all, LLWs can be dealt with in a straightforward, uncomplicated manner. 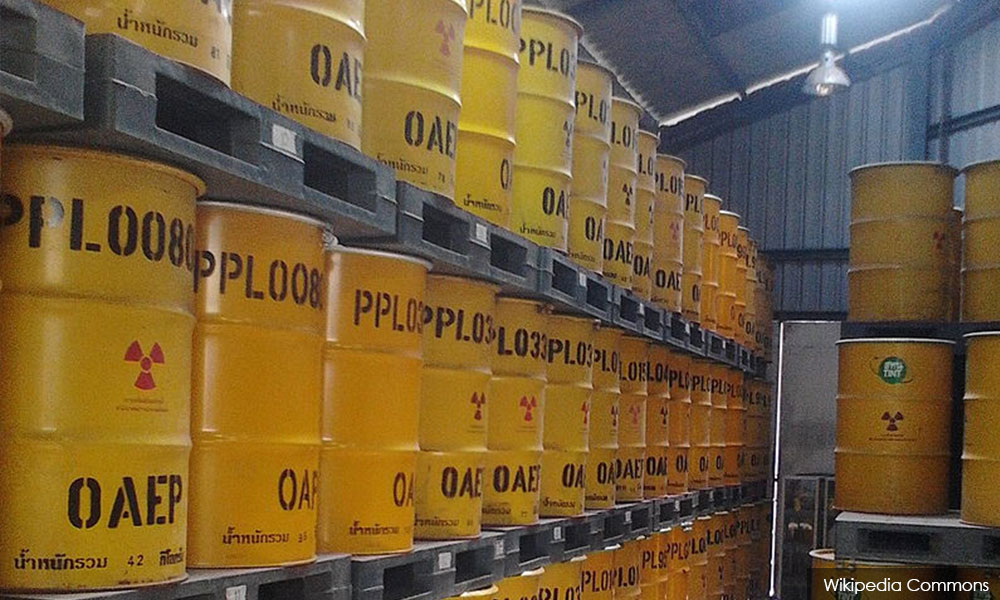 ILWs are a little trickier. Treatment including supercompacting, cutting and drying may be utilised before packaging for storage and disposal. ILWs are similarly immobilised in cement-based materials and packed into steel, concrete or ductile cast iron boxes. Where it gets complicated is long-term management of ILWs. For some, near surface disposal akin to LLWs are enough, but others, which exhibit higher radioactivity levels, would require robust, long-term storage. For this, the method for disposal has to follow that for HLWs.

HLWs are the main concern when it comes to nuclear waste. Though they make up a small amount of all nuclear wastes, 99 percent of the total radioactive content is contained by HLWs. Moreover, HLWs are long-lasting wastes, with radioactive half-lives of some nuclei stretching for thousands of years (though this doesn’t mean the total level of radioactivity remains very high for this long due to the decay of other nuclei).

HLWs comprise of spent fuel rods and other contents of the reactor post-utilisation and are stored initially underwater in pools onsite at their respective power plants. Water is a good retardant for radiation and also cools the rods for about 50 years until both the radioactivity and temperature decrease to manageable levels. The pools themselves are made of thick, reinforced concrete with steel liners, designed to withstand various potential hazards such as flooding and earthquakes and will hold all of the used fuel produced over the lifetime of the reactor.

Some of the HLWs can be transferred into dry casks with air circulation inside concrete shielding after a minimum of five years inside the water tanks. Others remain indefinitely within the tanks for about 50 years. HLWs may also be treated through vitrification in order to facilitate transport. This includes mixing them with glass-forming materials and heated to high temperatures which will immobilise HLWs in glass. This is then sealed in stainless steel canisters to be stored temporarily.

Permanent disposal of HLWs is a point of contention between professionals and the general public, especially because the most viable method of disposal currently is geological disposal. This requires disposing radioactive wastes deep inside a suitable rock volume (hill ranges, for example) that will ensure long-term safety and environmental sustainability. However, the general public is usually opposed to this solution as it is believed that simply burying nuclear waste would irradiate soil, cause massive pollution and health complications. This is decidedly wrong as the methods of disposal are sufficient to ensure any safety or pollution concerns are properly addressed. 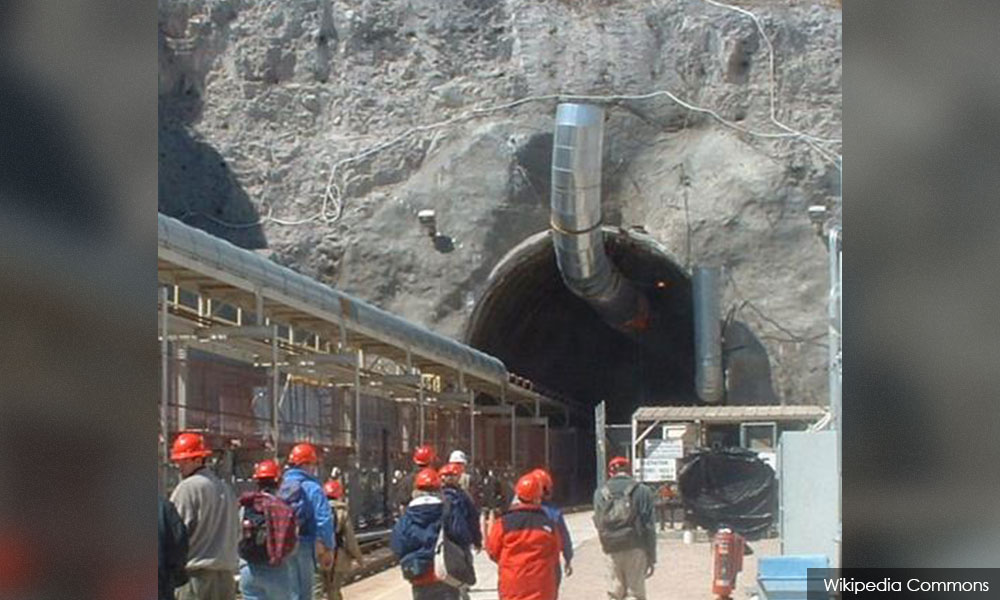 Even so, there is no dedicated deep geological repository site that is currently in operation anywhere in the world. Steps to create them were proposed but most were shot down, again due to public perception. The most famous amongst these is the Yucca Mountain nuclear waste repository (photo), a huge deep geological repository project which was approved in 2002 by the 107th United States Congress but had to be closed for political reasons. This leaves nuclear power plants to store their waste through indefinite on-site dry cask storage instead until a long-term solution is found.

All is not lost, though, as Finland and Sweden pave the way forward. Proper inclusion of the public has smoothened efforts in Finland to open a deep geological repository for waste management. Now, the Onkalo spent nuclear fuel repository is being built and the process of burying nuclear waste is projected to begin in 2020. It is based on the Swedish KBS-3 method of nuclear waste burial.

Ironically, the Swedish have not begun construction on their own spent fuel repository. The company handling it, SKB, has applied for permission to construct and has been reviewed both by the government and the OECD’s Nuclear Energy Agency (the latter’s final report giving a favourable opinion). Right now, more documentation is being prepared for the government’s approval and more consultation with concerned municipalities that have the right to veto on the matter will follow.

All of this shows that nuclear waste disposal is a multifaceted, complex process but is well-established and robust as well. As before, political and social misconceptions have established nuclear waste as too difficult to handle whereas for over half-a-century, it has been dealt with quite well. In this regard, let us first establish how much waste the technology produces.

If electricity was provided through nuclear fission alone, only 40g of fuel per person is produced. For coal and fossil fuel-heavy energy production, carbon dioxide emissions alone runs into tonnes per capita. This is not inclusive of particulate matter generation, toxic emissions and other environmental pollutants such as sulfur dioxide. 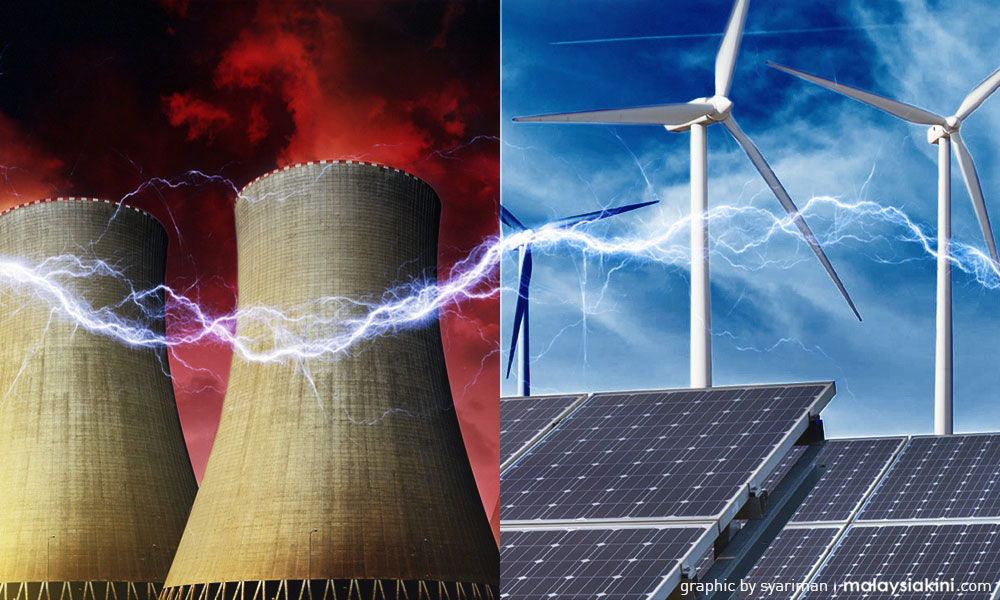 Renewables similarly result in a lot of waste. Solar photovoltaic panels, while not producing much waste during operation, may leak toxic chemicals in landfills whereas recycling the materials that make them up needs to be studied further for economic feasibility.

Wind turbines also produce wastes not only at the end-of-life due to the material that goes into making them (steel and copper to rare-earth metals like neodymium) but also from mining. Moreover, due to the scale of renewables needed, this waste production has the possibility to balloon out of proportion.

This is not to disparage renewable energy. In fact, I remain a strong proponent of renewables over fossil fuels and coal. But denying the viability of nuclear energy is lying to one’s self. It is wrong and misleading when even the most contentious problem with it – that of nuclear waste production – is not only manageable but is flexible enough to include both temporary and permanent disposal techniques, each robust enough to last for decades, if not, millennia. What we need is political and social awakening to the obvious.

Besides investing in nuclear power, we should build for ourselves nuclear waste management facilities including processing plants and disposal repositories. It remains to be seen if a site with the proper features for deep geological disposal is available in Malaysia, but with the Titiwangsa Range and various others like it, especially in East Malaysia, the prospects seem positive. 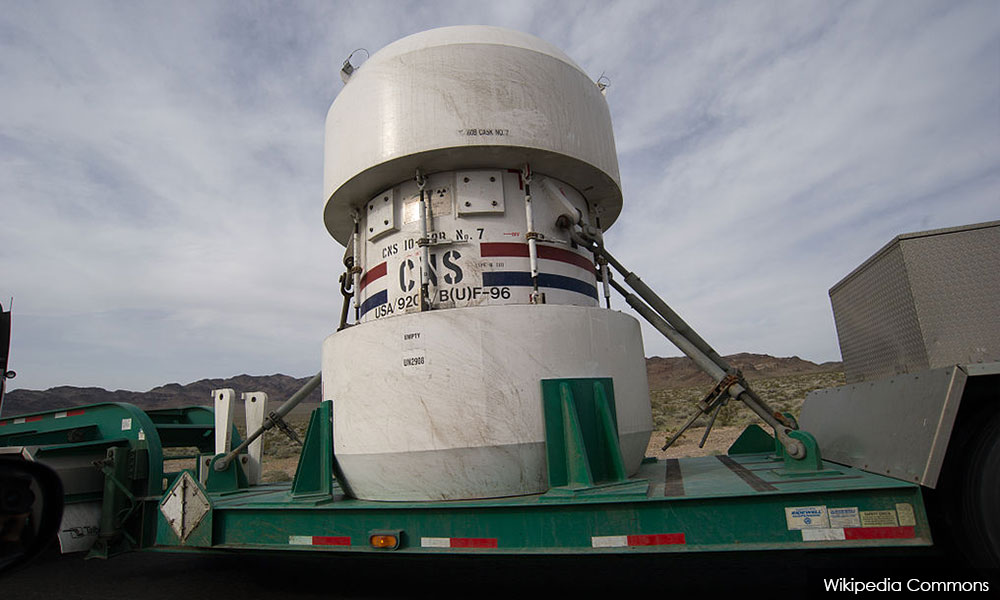 Moreover, whatever overdesign of the disposal sites could also be taken advantage of by accepting nuclear waste from other countries that may not have these facilities, especially for permanent disposal. The economic benefits are substantially large. While dealing with radioactive waste of the world proactively, we may also make some money in the process. Truly a win-win situation. In any case, permanent waste disposal can be thoroughly studied as its necessity can be delayed for decades due to thorough temporary storage technologies currently available.

I wonder how many of you find the last paragraph unpalatable. When every day we waste fighting nuclear power, more people get lung cancer or other respiratory ailments from particulate matter in the flue gas of coal-fired power plants. Every night, while we scare ourselves to sleep over nightmares of fallout, more and more carbon dioxide is pumped into the atmosphere, accelerating climate change.

Fossil fuels continue to reign as renewables have not caught up to their scale yet. Crops fail, fish die, extreme-weather events get more and more frequent, all because we turn away from a mature, well-understood technology that improves exponentially as time goes on. Those of you who oppose nuclear energy, know this. The lives lost due to your fragile disposition fall upon your head. Are you well-informed enough to shoulder that responsibility?