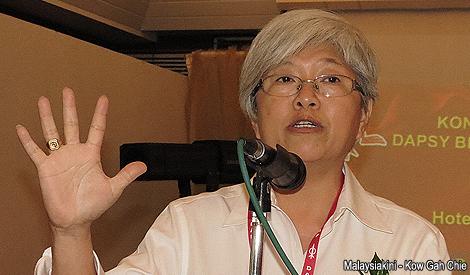 Prime Minister Dr Mahathir Mohamad has instructed all state governments to raise the legal minimum age for marriage to 18 years for both Muslims and non-Muslims, according to a report.

The report said the directive was conveyed to her during the latest state executive council meeting chaired by Penang Chief Minister Chow Kon Yeow yesterday.

“Yes, CM Chow reported to the exco meeting yesterday,” she reportedly told the daily through a text message.

The directive came after Mahathir had chaired the 132nd meeting of the menteri besar and chief ministers at Perdana Putra on Tuesday, which is the first such meeting since Pakatan Harapan came to power.

Meanwhile, to a question on whether there is a timeframe to implement the changes, Chong reportedly said it is up to each individual state to process the directive.

She said Penang has agreed to increase the minimum age for marriage from 16 to 18 and has directed the Penang Islamic Religious Department (JAIPP) to submit a report before the decision is finalised.

“The report has yet to be completed as of today,” she was quoted as saying.

She also said the state secretariat and the Penang Legislative Assembly have also been instructed to process Mahathir’s directive.