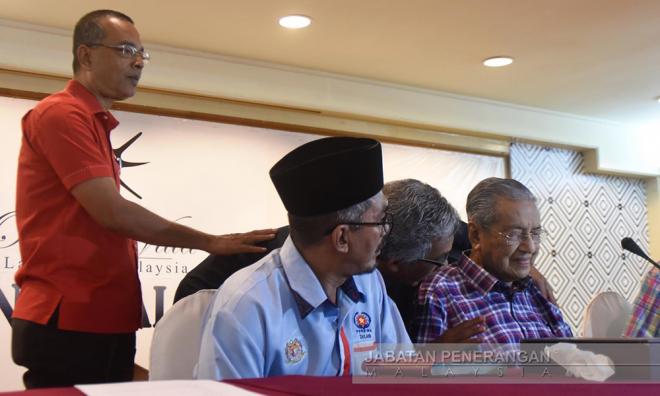 Taxi drivers staged a walkout at a dialogue event hosted by Prime Minister Dr Mahathir Mohamad after he refused to commit to banning ridesharing services like Grab.

According to Utusan Malaysia, a slight commotion occurred before some of the taxi drivers got up and left a dialogue session in Langkawi this morning. The session had engaged some 200 drivers.

They were reportedly upset over Mahathir's comment that Putrajaya will seek a mechanism to level the playing field between taxis and ridesharing services, instead of an outright ban of the latter.

"Give me time to resolve this problem. It is not easy to ban (Grab) so as to eliminate competition.

"I've long sought a solution so that all sides can make a living. I will try but I can't make promises," he was quoted as saying.

Mahathir, the Langkawi MP, said he could resign as prime minister if they didn't want him.

"It's not that I want to be the prime minister, I was retired.

"People asked me to come back, so I came back. I can resign today if you don't want me as prime minister," he said.