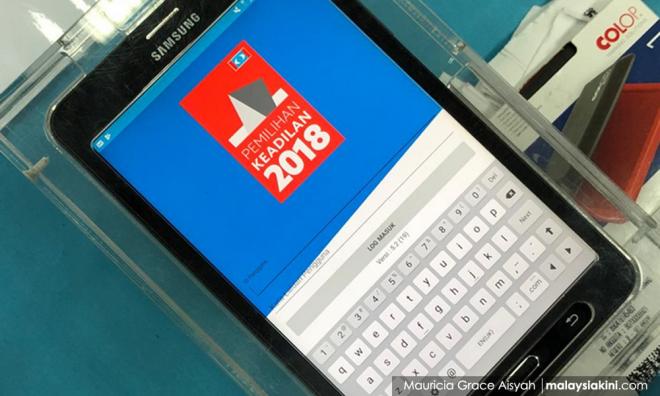 PKR POLLS | The announcement of the PKR election results for six divisions has been stalled due to technical difficulties.

As a result, the PKR central election committee is yet to announced the tally for Negeri Sembilan and Malacca, which went to the polls yesterday.

By convention, the committee announces the results on the same night of voting.

When contacted, PKR election committee chairperson Rashid Din said the divisions affected are one in Negeri Sembilan and five of the six in Malacca.

Malaysiakini learned that the hold up may have been caused by the tablets used for the e-voting process running out of internet data.

As a result, the votes were stuck on the tablets and could not be transferred to the server.

When asked to confirm this, Rashid said it was not the main cause, but could be a contributing factor.

"No, no, no, (it's just) one of the likely causes. We're still conducting a postmortem," he told Malaysiakini.

A forensic team is now attempting to extract the votes that are stuck on the tablet, failing which a re-election may be called.

To date, all tallies for Negeri Sembilan and Malacca have been gathered by the respective candidates.

Based on one such tally, PKR deputy president Rafizi Ramli claimed he had won in both states. However, no numbers have been released by the committee at the time of writing.

Today, Perlis and another six divisions in Selangor will go to the polls.

Barring more technical issues, the results for today's voting are expected to be announced tonight.