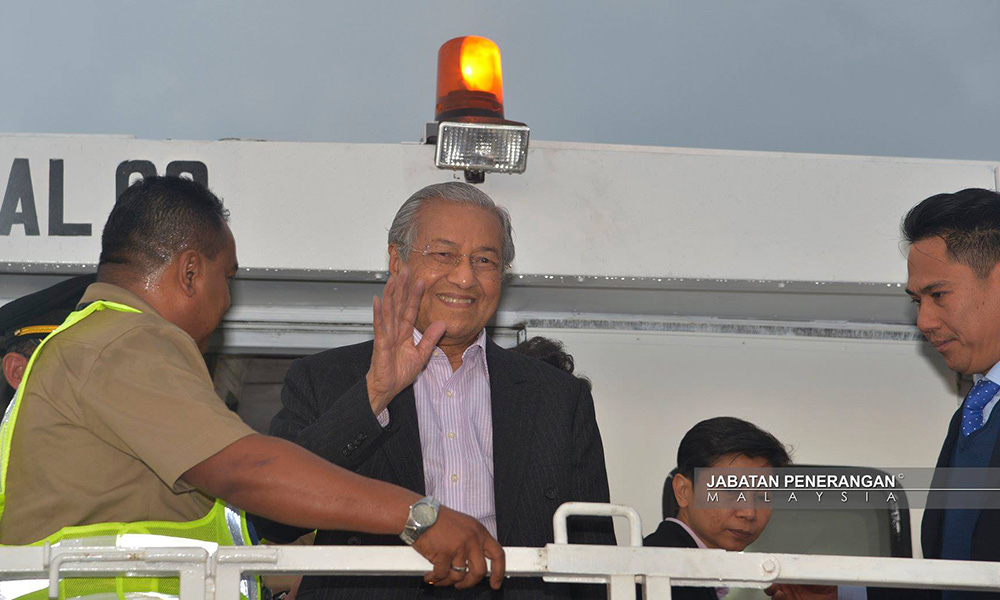 Mahathir to visit Thailand tomorrow - his first as 7th PM

The Foreign Ministry, in a statement today, said it is part of his introductory visits to neighbouring countries since becoming prime minister on May 10.

It said that during the visit, Mahathir will meet Thailand Prime Minister General Prayut Chan-o-cha (above), and attend an official dinner.

The ministry said the visit will provide an opportunity for the two leaders to further strengthen bilateral relations and cooperation between the two countries.

"It would also allow Malaysia to highlight the government's current policies and its stand, particularly on issues of mutual concern," it said.

The statement added that the visit is also expected to add momentum to the southern Thailand peace dialogue process.

The government recently appointed former inspector-general of police Abdul Rahim Mohd Noor as the new facilitator for the peace talks.

On economic cooperation, the ministry said, Malaysia's total trade with Thailand in 2017 recorded a significant growth of 18.43 percent to reach RM98.69 billion from RM86.46 billion in 2016.

Thailand is Malaysia's fifth largest trading partner and the second largest among the Southeast Asian countries after Singapore.

From the Thai perspective, Malaysia is Thailand's largest trading partner among the Southeast Asian countries and the fourth largest among its trading partners in the world.

The statement added that Mahathir is also scheduled to meet the Malaysian diaspora in Thailand.