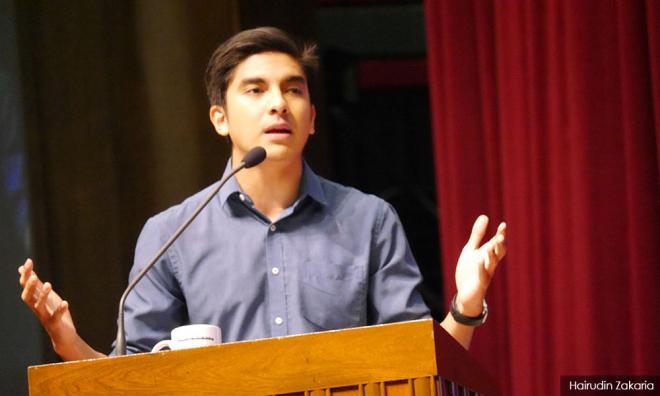 Syed Saddiq: Why no divine retribution for corruption?

Youth and Sports Minister Syed Saddiq Syed Abdul Rahman has taken a swipe at Umno president Ahmad Zahid Hamidi over the latter's claims that the tsunami and earthquake in Palu, Indonesia was linked to LGBT activities.

In a tweet, the Muar MP questioned whether the same kind of divine retribution would be made against thieves and the corrupt.

"How about those who are corrupt or colluded with people who stole the people's money?

"Will there be any divine retribution?," said the Muar MP who cited news reports on the MACC's arrests of 15 Youth and Sports Ministry's officers in Johor yesterday.

Beyond his own ministry, Syed Saddiq also pointed out that people had "lost count" of similar corruption-related arrests involving Umno.

"But I never heard (any warning) of divine retribution because of theft," he said.

Zahid had made the remark earlier today in a follow-up to his oral question on what the government's stance on LGBTs was.

"What we see in Malaysia is also worrying. We know, at Palu, where the earthquake and tsunami happened, it was reported that there were over 1,000 people who were involved in such (LGBT) activities.

“As a result, the whole area was destroyed. This was a punishment from Allah,” the parliamentary opposition leader told the Dewan Rakyat.

Palu was hit by a 7.5 magnitude quake on Sept 28, which triggered a tsunami. More than 70,000 houses were destroyed in the city in Sulawesi as a result of the double disaster, displacing 75,000 people.

Zahid's remarks echoed that of various quarters that have linked the Palu disaster to LGBT activities, with some claiming that the place had become a hub for that community.

However, it was later revealed that the 1,000 people were merely members of an LGBT-oriented Facebook group.