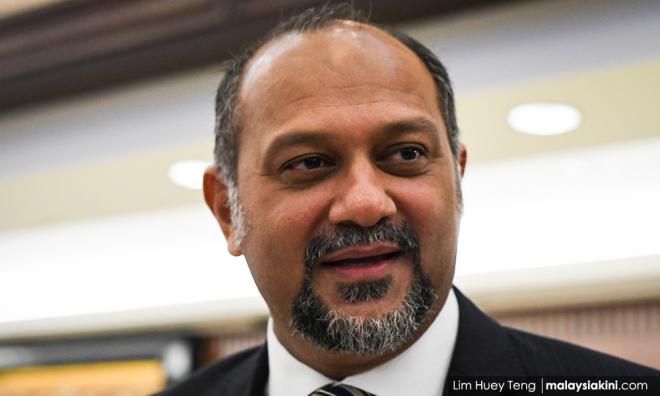 Media officials in all ministries have been urged to give full cooperation to media practitioners in efforts to channel information pertaining to the government to the people.

Communications and Multimedia Minister Gobind Singh Deo said such cooperation was crucial in ensuring the facts reported on each ministry were accurate and correct.

“I urge everyone to give full cooperation to the journalists because they have a heavy responsibility.

“Their job is not easy because whenever an issue crops up, they are assigned to get comments from the ministry concerned. So, when they carry out such assignment, I ask for full cooperation to be given.

“What we want are complete facts and accurate report that are confirmed that can be given to the public and for the benefit of everyone. So I hope journalists will be given full support by the ministers and their respective ministries,” he told Bernama after attending a meeting with the top management of the national news agency at Wisma Bernama today.

He said this when asked to comment on the complaints of several journalists regarding the poor treatment rendered by a handful of media officials.

The media had reported the frustration of several journalists who were unhappy with a press secretary of a particular ministry who was allegedly rude to media personnel at an event in Putrajaya recently.

When asked whether media officials should be given relevant courses, he said there was no necessity for them as every ministry already had a special unit that was responsible in ensuring that the comments and news issued by each ministry were coordinated.

"To me, there is no necessity for special courses, but I believe they already have the experience in dealing with the media, but I urge them to assist the journalists as much as they can.

“There are occasions when we don't have the answers because we don't know the matter in depth, in such cases, maybe we can come back later (to the journalists concerned) after confirming the matter, without behaving in a rude manner,”he added.

Meanwhile, when asked on the closed-door meeting with the top management of Bernama, Gobind said he wanted to see the national news agency undergo transformation in line with the growth of the digital world.

This measure was necessary to ensure that the news agency remained relevant in disseminating information to the community in the sophisticated world.

“At the moment, we meet because we want to listen what Bernama's direction would be in future...we all are aware that the news scene has changed...where we are now in terms of efforts to digitalise all news available especially throughout the world.

“So, I too want to see how far we can bring changes or reforms to Bernama...and that was the reason why I had the discussion today so that we can have ideas to progress further,” he added.