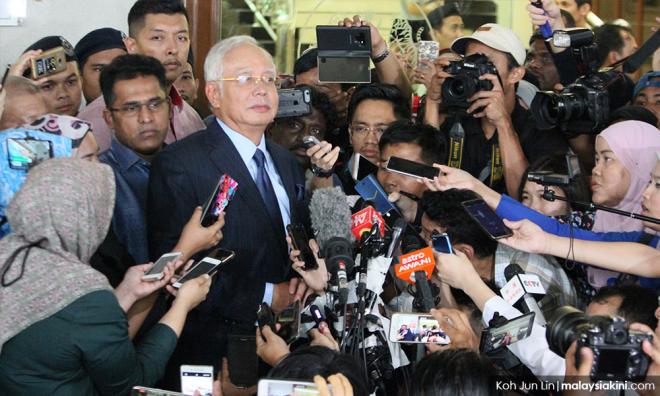 Another MO1 lie to cover up the last one?

COMMENT | Najib Abdul Razak is getting deeper and deeper into the web of stories he has spun around the RM2.6 billion that he received in his private bank accounts in 2015.

In December 2015, he told three "safe" Malaysian journalists in an interview on TV3 that it was the donor who wanted the “donation” to be banked into his account. He also said the “donation” was made in a personal capacity.

Of course, the journalists didn’t ask him why the donor made such a strange – and dumb – request. Dumb because the request would merely draw unnecessary attention to Najib as prime minister receiving such a huge amount of money.

Even Najib’s own minister Ahmad Maslan remarked publicly that no prime minister would be that stupid to have such a huge amount deposited into his personal account. And that was Ahmad Maslan, mind you, the minister the public loved to laugh at!

Anyway, the point is, what Najib said at that interview with then Media Prima group managing editor of news and current affairs Mohd Ashraf Abdullah, then New Straits Times Press group managing editor Abdul Jalil Hamid and then Utusan Group editor-in-chief Abdul Aziz Ishak indicated that he knew who the donor was and that he had communicated with them.

He also told them, “The donors have been verified and found by the MACC and the commission has also obtained their statements.”

But on Friday, he told Al Jazeera something else. He said when the RM2.6 billion ended up in his bank accounts, he did not verify the source of it. 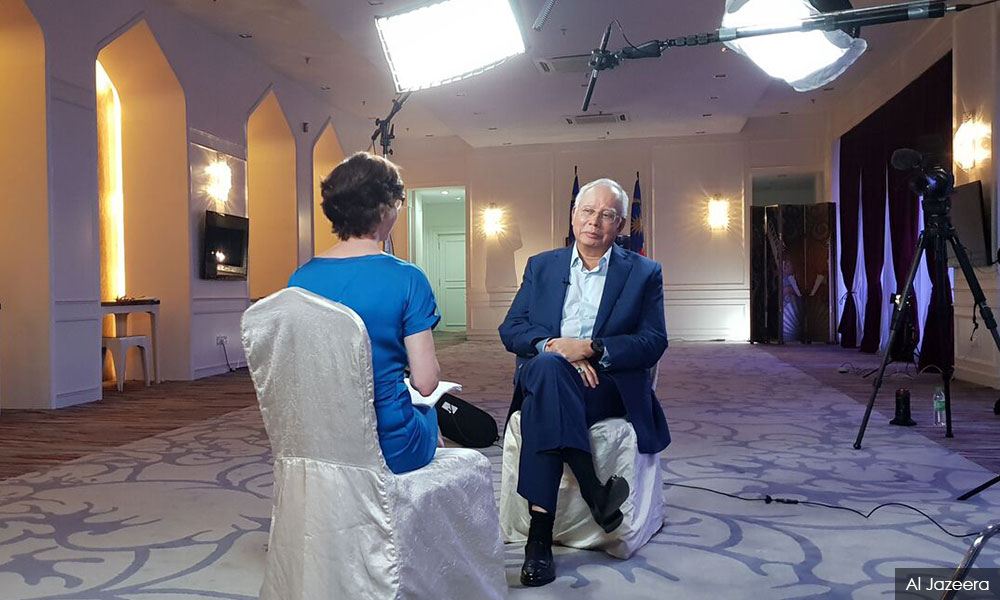 He said he assumed it was a “donation” connected to Saudi Arabia’s King Abdullah because the latter had given Najib assurance of his support.

Such a huge amount of money coming to a man in such a high office which could put him in a vulnerable situation – and he didn’t verify the source?

“Because whoever owns the fund is protected by the secrecy of the banking laws so when I received the funds, in all honesty, I thought it was a genuine donation and at that particular time, the knowledge that I had was based on a conversation with King Abdullah.”

So now he was changing his tune and equivocating about the money having come from the Middle East when he was so sure and adamant before that it came from there, and from the royal family, to boot!

The reason for this? The Saudi foreign minister Adel Ahmed al-Jubeir had come to Kuala Lumpur the same Friday and told our foreign minister Saifuddin Abdullah that there was indeed no donation made to Najib by the Saudi king.

So, on Al Jazeera, on a programme that would be beamed across the world, Najib suddenly had to find a way out. And so he said he never verified where the RM2.6 billion came from. To save himself from acknowledging that the money was a “donation” from the Saudi king. Which most people had never believed in the first place.